Today’s Forecast? Nostalgia on the horizon.

Eric Chilton is a family man, a musician, a loveable on-air personality and of course a pipe smoker. What most struck me about Eric is his connection to a piece of Americana all but forgotten to most of us. 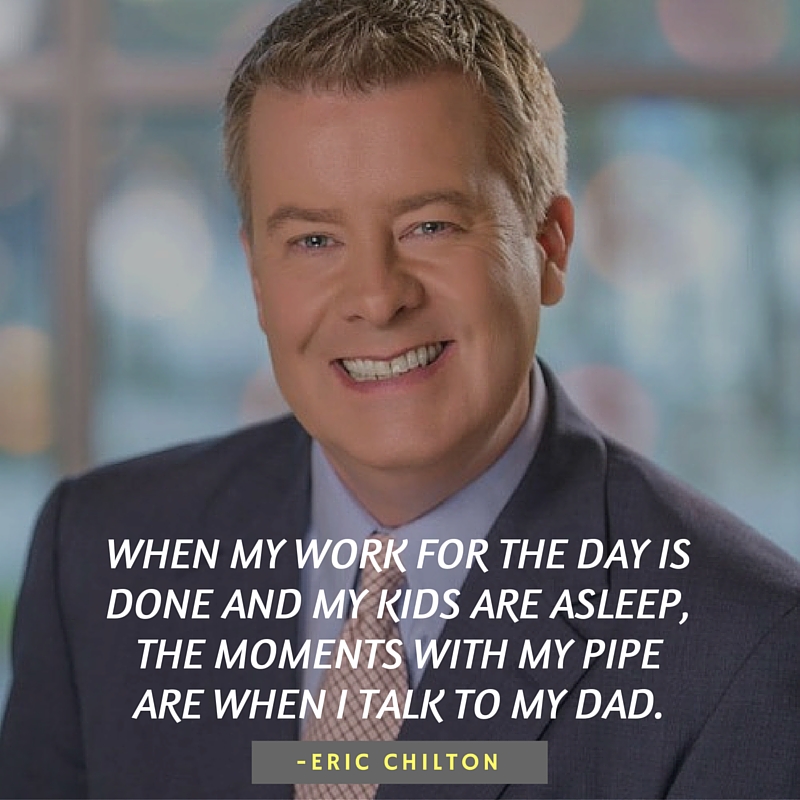 Chilton was born in the town that inspired the fictional Mayberry. He sings Myrtle Beach’s music, called beach music with his band (think the 1989 cult-classic film Shag). Over the past few months he’s picked up his late father’s favorite pastime -- smoking a pipe.

Eric Chilton worked on Good Day Tampa Bay throughout my teenage years. His weather forecasts were a constant presence during my Central Florida high school and college days. Pre-weather on your phone, when we had to turn on a TV or open a newspaper to find out if track practice would be interrupted by a Florida thunderstorm.

When my boss told me I would be interviewing Chiltonㅡnow with WFMY in North CarolinaㅡI was more than a little excited. It was a blast from the past. I headed straight over to Youtube to see if I could find a clip or two of him before our interview. I wasn’t disappointed, watch this little ditty where Eric raps his weather report:

A conversation with Eric Chilton 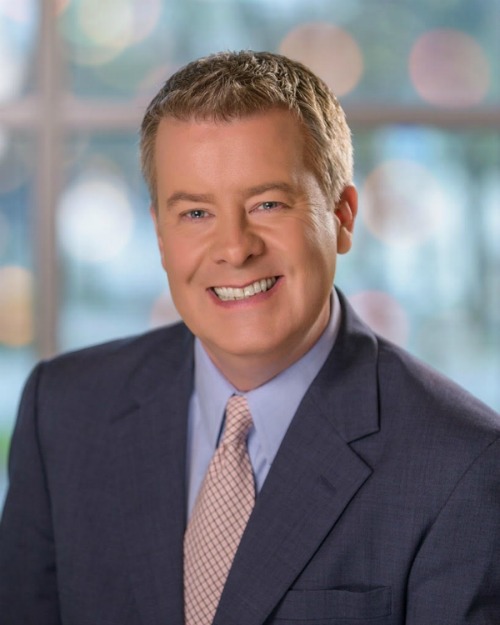 Eric: I turned 50 in January, and my friends took me to Wilmington Beach for the weekend. We went into a cigar shop and they had a few tobacco pipes. On a whim, I decided to grab one and some tobacco.

My father used to smoke a pipe. Until that weekend, I don’t think I’d smelled pipe tobacco since he passed away in 2003. It brought so many memories flooding back, and made me feel connected with my Dad.

When I came home, I went into The Pipe and Pint and they helped me start right. I was lucky to meet some great people there.

Renia: How many pipes do you own?

Eric: Right now I only have three. I just started, so I’m growing my collection slowly.

Renia: Do you have a favorite yet?

Eric: I wanted a Peterson Pipe so I just purchased one of those and I’m getting used to it. That’s been my recent obsession, learning about Peterson.

Renia: Do you have a favorite pipe tobacco blend yet?

I’ve never taken a drag off of a cigarette and I don’t smoke cigars, so I’m mostly sticking to the lighter blends for now. Big nicotine hits don’t appeal to me.

Renia: Do you prefer to smoke alone or with a group?

Eric: Right now I smoke my pipe mostly on my own. But I like to go to the shops, and I prefer smoking with a group of people that way.

I have four children, and once they are asleepㅡusually on a Friday or Saturday eveningㅡI like to get outside with a little Buffalo Trace Bourbon and my pipe. That’s a favorite pastime these days.

Renia: Where is your favorite place to relax and have a smoke?

Eric: Usually in my garage, but I like going to local cigar shops and converting the cigar smokers to a pipe! I’ve already convinced a couple of my friends to try it. 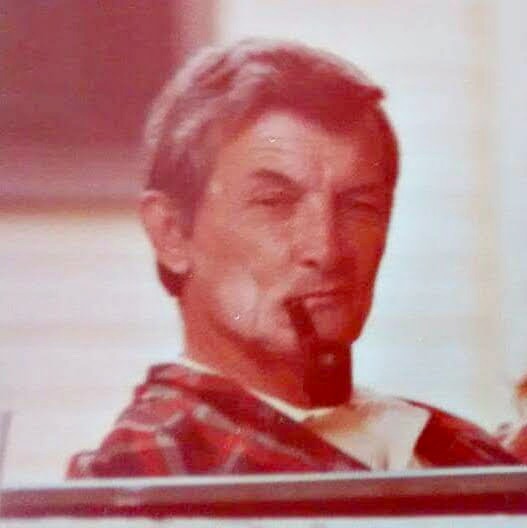 Renia: Tell me a little bit more about why you enjoy smoking a pipe.

Eric: For me, it’s such a flood of memories. Nothing triggers memory like smell.

As soon as I smell the tobacco, even before it’s lit, I can see my father packing his pipe in my mind.

My family’s ancestry is British, so there’s a bit of attraction to the aesthetic of classic pipes and the idea of the aristocratic man.

I am the youngest of five and a late kid. My Dad was 40 and Mom was 38 when I was born. In those days, that was WAY late to have a baby. I’m 13 years younger than my closest sibling. Naturally, I was spoiled rotten as a child.

When I go out and smoke my pipe it’s a few moments of child-like escape and relaxation again. It reminds me of the way things used to be.

My father was a school superintendent for a city school system that refused to merge with the county. We used to do a lot of driving through the state together when he had conferences for work. I have a connection to my state and that time with my father that pulls me back every time I light my pipe (You can read more about Eric’s youth in North Carolina here).

Renia: What other hobbies do you have besides pipes?

Eric: My wife says I have quite the problem paying attention to one thing at a time. I sing in a beach music band called The Chill Tones. Just recently I started a blog about my love of bourbon, BourbonDrinkers.com. I own a video production company….it’s cary.

My family is my number one priority, all the hobbies have to fit into the cracks. They keep me pretty busy most of the time.

Renia: We always like to end with the same question. If you could smoke a bowl with one person, living or dead, who would it be?

Eric: Definitely my father. If I could bring him back for two hours it would be good for me.

My siblings and I have bottles of our father’s cologne that we take out when we’re missing him. One night, I was smoking my pipe and I took out that bottle. I called my sister to tell her what I was doing and she asked me to come over and sit on her porch, so she could smell the combination again to. The combination of those scents is more visceral than a photograph. It makes him feel real for me again.

When my work for the day is done and my kids are asleep, the moments with my pipe are when I talk to my Dad.

I would give a lot to sit and smoke a pipe with him, father-and-son.