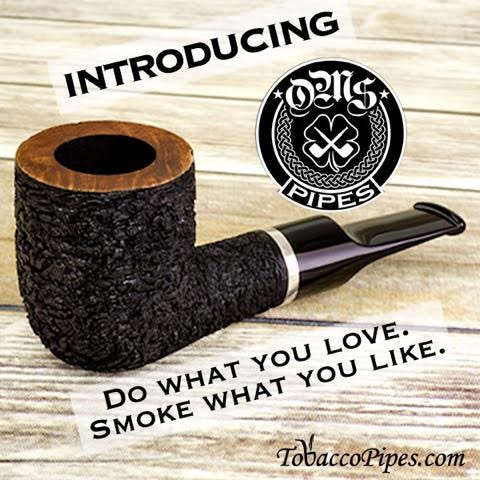 Salam, better known as OneManSmoke, created a new genre. In the fast-growing early days of Youtube personalities, Salam’s authentic and entertaining way of making videos planted the seeds for an online pipe community that is vibrant, growing steadily, and producing a whole crop of new pipe makers all over America (and beyond).

A few weeks ago, I sat down for a phone call with Salam.

I am the granddaughter of Kentucky farmers who grew up on tobacco farms during The Great Depression. Talking to Salam reminded me an awful lot of walking down the dirt road I grew up on, listening to my grandfather tell stories of harvesting brilliant green leaves.

Salam is in touch with Kentucky’s unique heritage and, in his unassuming way, is bringing those stories to the world. It’s a combination of affinity for technology and respect of the past that has earned Salam a committed following. That community helped him to turn his long-time hobby into a business this year. 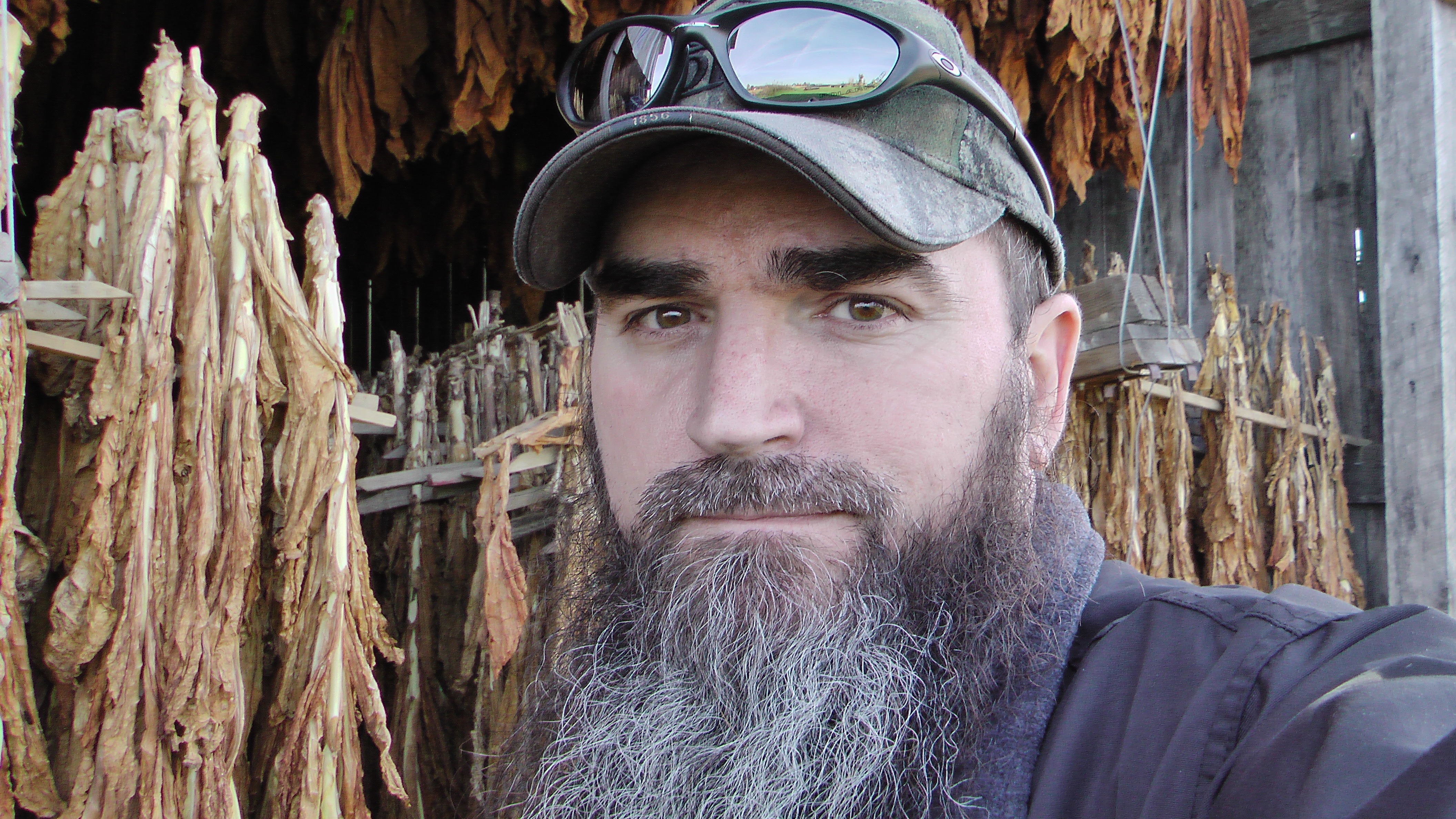 We are honored to have his new pipes here and wanted to know a little more about what motivates Salam to keep on making videos and smoking pipes. Here’s what he had to say...

An Interview with Salam Sipes

Salam: My grandfather was a cigar smoker. His daily routine always included a cigar. It was his ritual to come home after a long day and have a beverage with a cigar. He was my mentor and I wanted to be the kind of man he was -- someone who took care of his family. When he passed I picked up cigar smoking because it made me feel connected to him.

My friends kinda didn’t know what to think. I was 18-21 years old and no one else around me was smoking cigars. In 2000, I went into a tobacconist in Chicago for a cigar and came out with a tobacco pipe. I didn’t know any other pipe smokers, so I smoked it a few times and put it down.

A few years later, when I came back to Louisville, I started looking around at what was here and noticed that I was living in the Burley Belt. It’s something I always knew, but didn’t look at super close. It got me interested in pipes again. 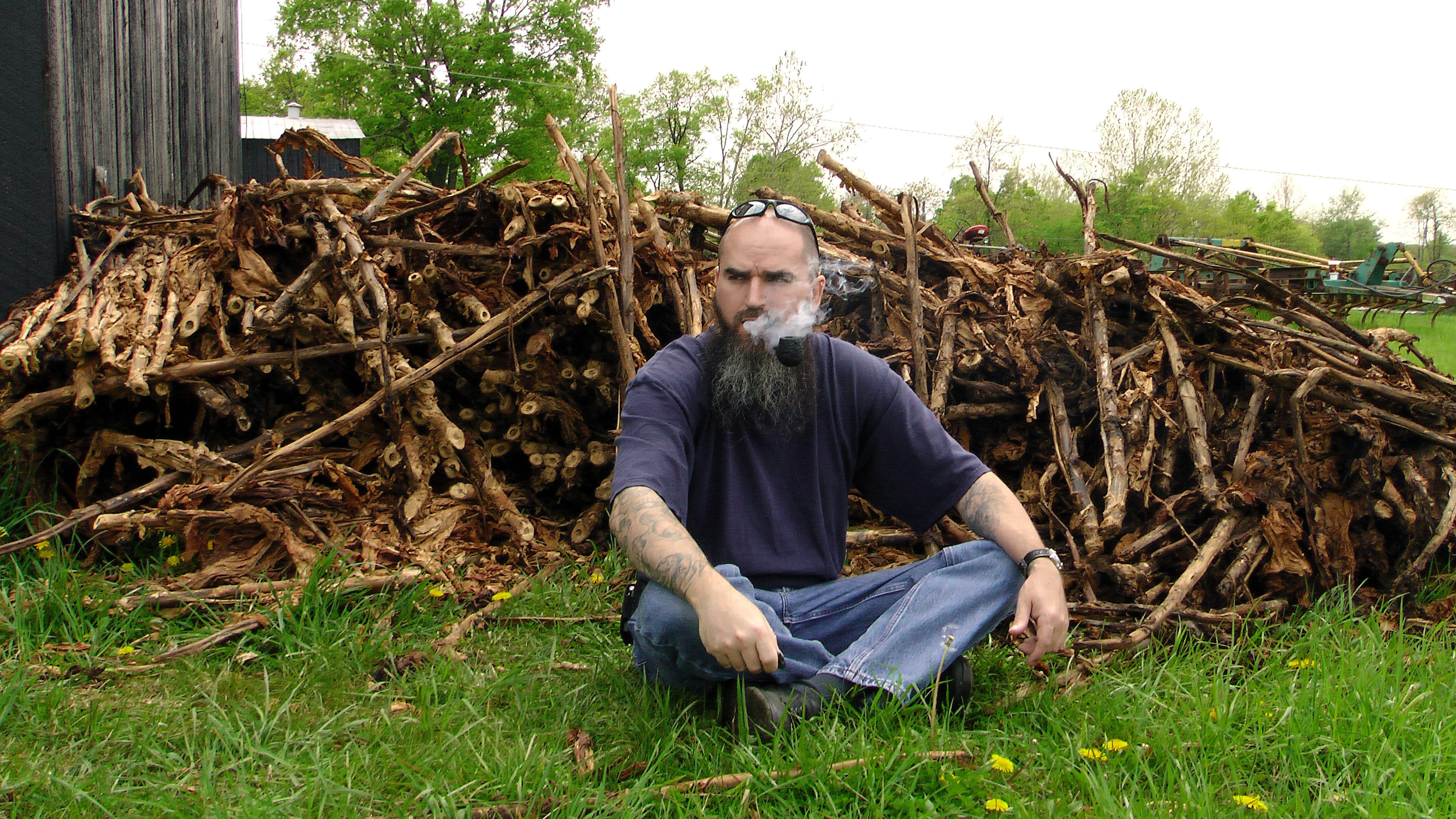 Renia: Yeah, you do live in the perfect place for a pipe smoker, it makes sense. Today you’re known as the godfather of the YouTube pipe community. How did that get started and how has that impacted you as a smoker?

Salam: Youtube is where I first started searching for information about smoking pipes. I found a few, but there wasn’t much there. A lot of what was there was weird stuff, not the community like we have now.

Renia: It’s odd to think about you searching Youtube for pipe videos. I think a lot of us think of you as the original Youtube piper.

Salam: Yeah, I wasn’t the only one or the first, but I could probably count everyone on my fingers. OneManSmoke is a reference to being all alone, from feeling like the only one at that point. No one in Kentucky predates those early videos and I don’t know of many others anywhere else.

I actually had two accounts. The first one, called OneMansSmoke, I had to close. I didn’t want it mixed up with my employer. That’s when I started One Man Smokes.

The early videos were about showing this interesting piece of American culture that is being erased. The world of the tobacco farmer has always been a tough one, but was always full of life too. These days it’s starting to die out--at least here in Kentucky. I wanted to preserve it and show it to others.

The soil here in Kentucky is made for tobacco and the culture that built up around this place doesn’t exist anywhere else in the world. Before you know it, this will all be erased. Because it isn’t glamorous, it isn’t documented well enough. But it is beautiful and I want people to know about it.

I want to show people the values of this community and how hard farmers work. Through my videos, I’ve been able to help people I admire too. A few pipe makers found an audience from my videos and that makes me proud. 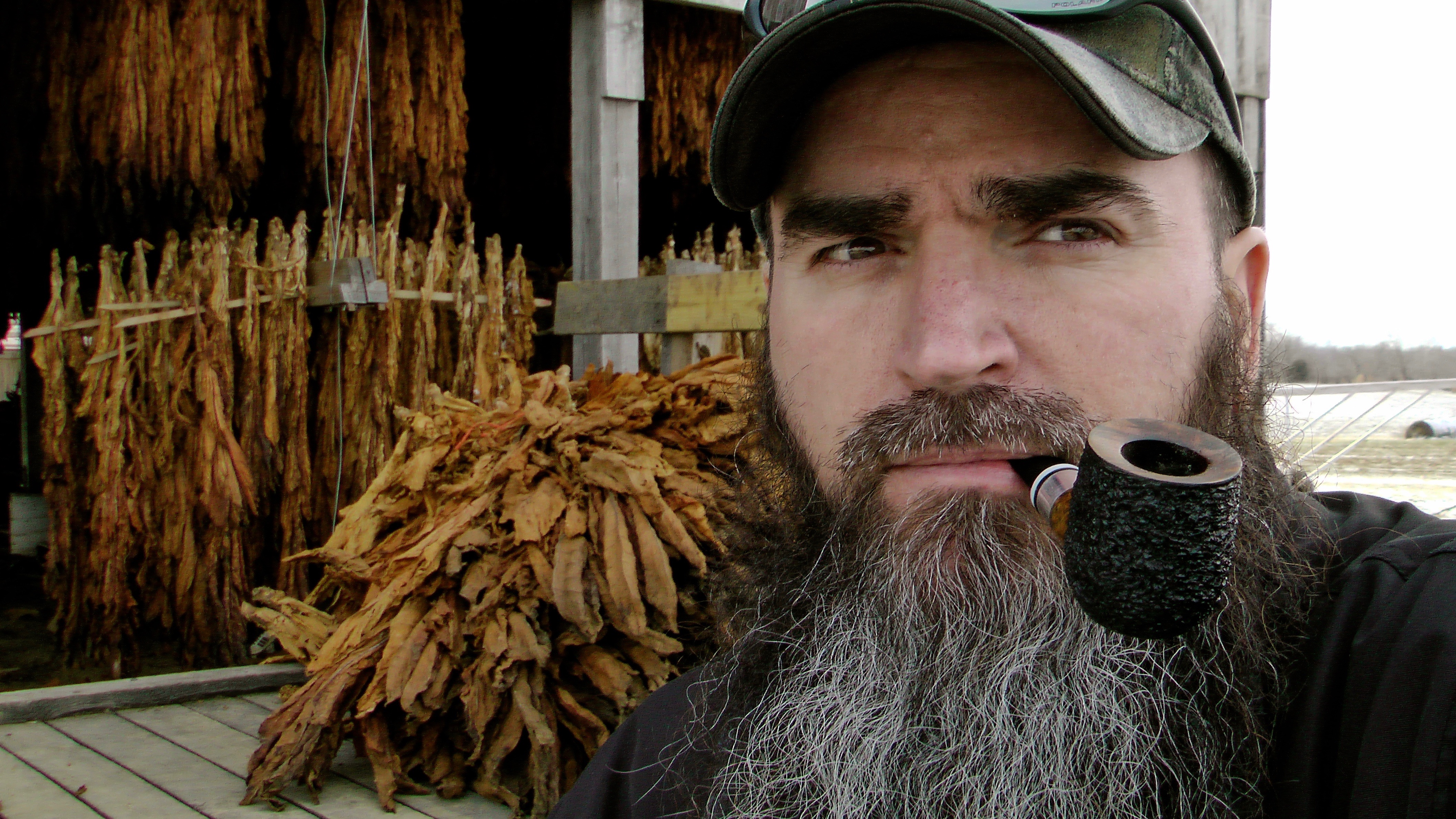 Renia: So is that what motivated you to start making your own pipes? How did you get started?

Salam: OMS Pipes are designed to be exactly like the pipes I like to smoke myself. They are made for a guy who works hard to provide a good life for his family.

My pipes are heavily rusticated not just because it’s the look I like. The band on them is something I’m kind of known for. The rustication is practical. It provides a firm grip and makes the pipe easier to hold. Anything I sell is because it’s something I’d like to smoke myself.

My friend Jayson Dagner worked with an Italian company to make his pipes and suggested that I could put my own knowledge to good use. It was a perfect way for me to turn my passion into a way to provide for my family. 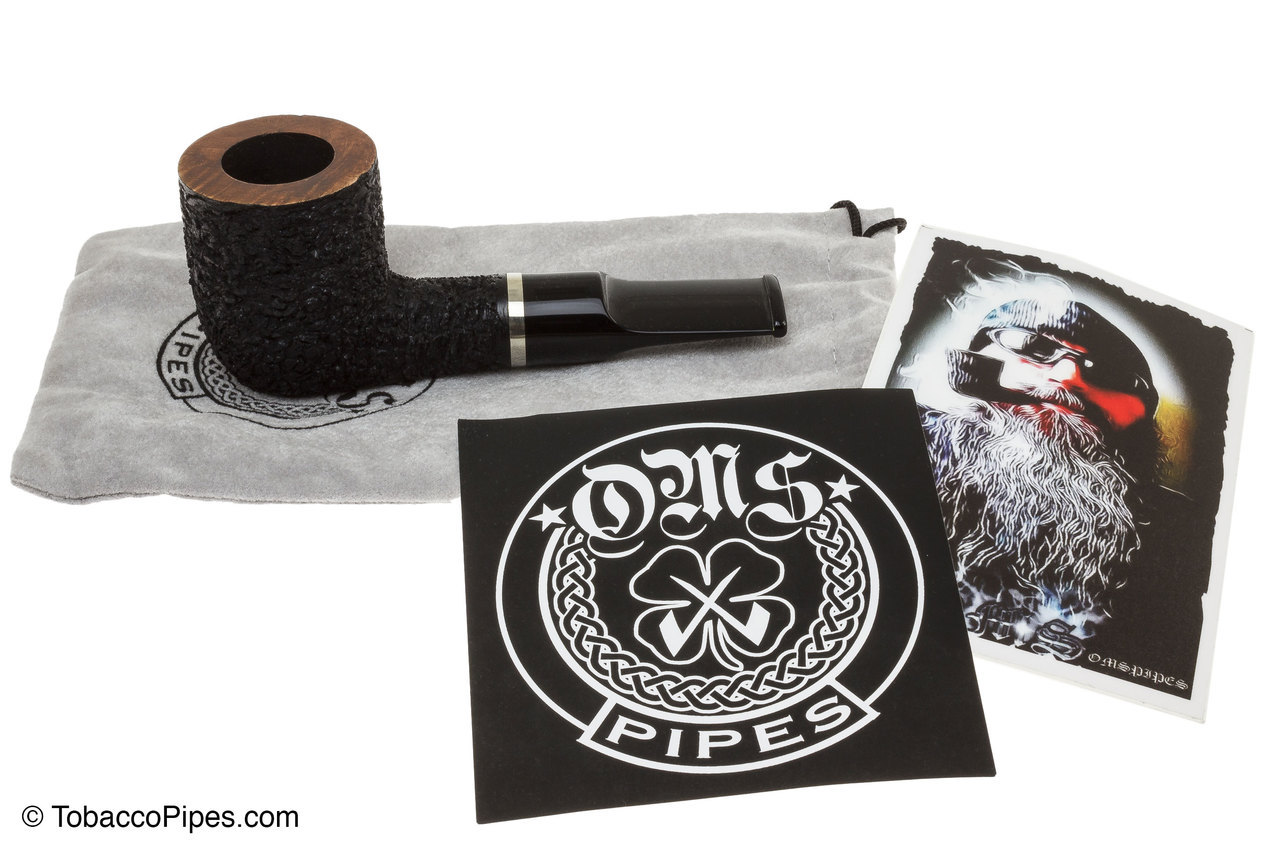 Renia: It sounds like you have a specific type of pipe you like. Besides the rustication, what do you think makes a good pipe?

Salam: Well what’s a good pipe and what I like aren’t always the same. I like my pipes rusticated, but there are plenty of amazing pipes that are not done that way. For all pipes, the draft hole has to be straight and the pipe has to be put together in a good way.

For me, I want a pipe for a working person. It’s a tool, not a painting. My pipes can be dropped without breaking and I want to smoke other pipes that are that way too. Otherwise, they are just not practical for my lifestyle. 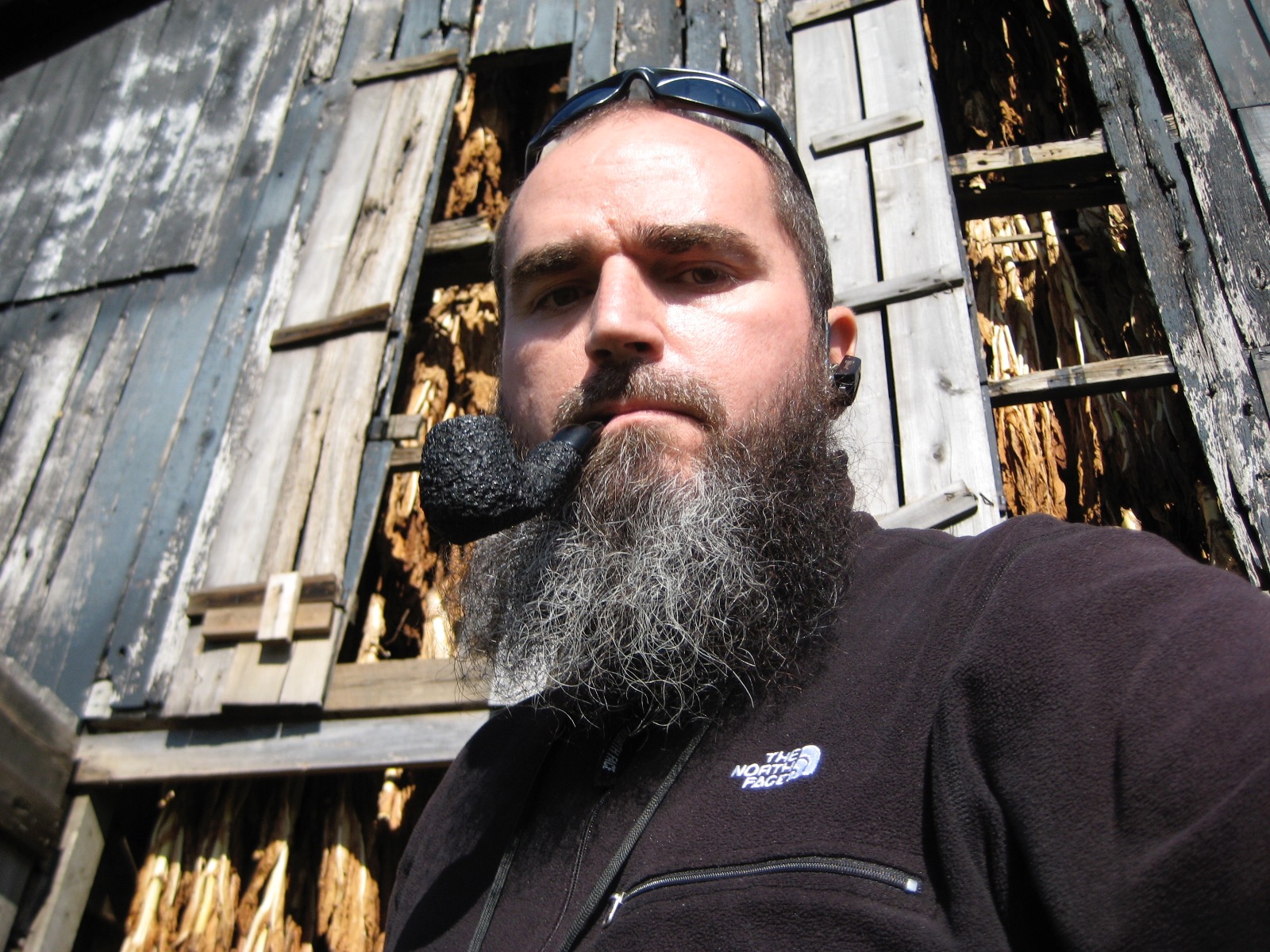 Renia: How do you make sure that happens when you’re not the one constructing the pipe. What would you tell your customers about why they can trust your pipes?

Salam: I think of it like an architect. He’s not the one actually building the house, but he’s got to make sure it’s constructed right and to his vision. I check everything obsessively and am sure anyone who buys one of my pipes is going to love it for a long time. So I give them a lifetime warranty, so they can be sure too.

If you burn through it, drop it, whatever...I’ll replace it. Just please, don’t run over it with a truck.

My brand is me. It’s really personal. I want to know my customers and I want them to know me. You can only do that if you know you’re always giving them something worth having.

Renia: You’ve seen a lot of pipes. Do you have a favorite pipe that you’ve come across?

Salam: Jake Hackert and Mark Balkovec pipes are my favorites. They are my friends, as well as master craftsmen. It makes smoking the pipe even more fun, because I’m connected with someone I know when I smoke it. My pipes from them, made specifically for me, are my favorites.

Of course, I’m not immune to the greats like Dunhill pipes or Tom Eltang. My Dunhill Cherrywood is a prize pipe in my collection.

Renia: You’ve watched the pipe community and the tobacco world grow and change. Do you have any thoughts on what do you think the future looks like?

Salam: I think the Youtube and Instagram pipe communities will continue to expand. We may be losing the American tobacco farms and their culture, but I don’t think the pipe community is going anywhere.

I like things that are old and am a fan of the American way of life, especially the South. I like to hunt, fish and spend time with my boy out in the mountains. I think people our age are starting to reconnect with some of that. You know, sometimes they just want to put down their smartphones and go out in the woods. Smoking a pipe puts you back in connection in a way that a phone just can’t.

I want my son to grow up with those values my Grandfather showed to me. Maybe he’ll be what the future looks like.

Renia: I think you’re on the right track. Is there anything else you want the community to know about you?

Salam: Sometimes they’ll catch me on a good day, and sometimes a bad day. If you really want to know anything about me, you can see it on my Youtube Channel.

I’m a survival case. I’m here because of this community. So I guess what I want to say most is thank you.