Sadly, Joe Case passed in December, 2021. We're honored to have known him and carry his incredible pipes. He was a true artist and will be missed dearly.

We don’t have to tell you who Joe Case is. If you follow the pulse of the tobacco pipe world online, you’ve probably heard of Joe Case Pipes. An early personality in the YouTube pipe world, Joe uses his savvy marketing skills--learned during a 40-year history in media--to showcase his skills as a carver.

I sat down for a phone call with Joe to find out what he thinks makes a good pipe, what inspires him to be constantly learning, and what Elvis Presley taught him about marketing. 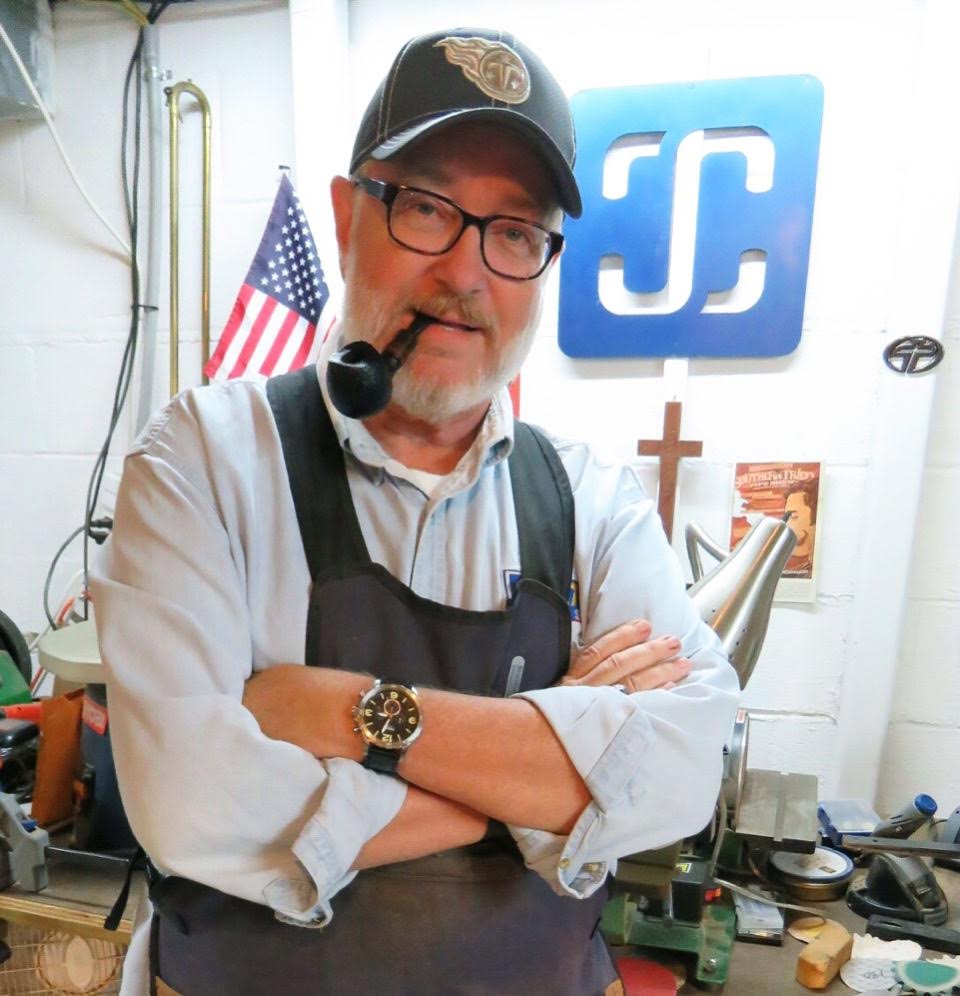 Joe: I smoked a pipe in my early twenties, like many men my age did. Then, I smoked cigarettes for awhile, but I quit that right before my first son was born. One of the reasons I enjoy making pipes is that it gives cigarette smokers another option. It’s a revelation to discover the pleasure of the pipe and it helps many smokers make the migration.

Over the years my brother-in-law, Rick Farrah of Briarville Pipe Repair, and I would smoke a pipe around the holidays. I see pipe smoking as a leisure activity, something to be enjoyed with friends and/or family.

Renia: I think a lot of us associate pipe smoking with leisure, but I never really thought about it as celebratory. I like that idea! Is that what motivated you to start making pipes, to give them as gifts?

Joe: No. It was mostly just to see how the process worked.

I’ve been a hobbyist woodworker since the early 1970s, when I first came to Nashville. Over the years I accumulated quite a large collection of tools in my shop. In 2011, when I left the broadcast industry, I had a bit of free time on my hands. One day I was sitting in my local B&M and the manager suggested that I try making a pipe. So I did.

Around the same time I started making YouTube videos and so, naturally, I showed off what I was learning to my new friends there. A bunch of guys asked to buy my pipes and it kept growing. By 2012 making pipes was a full-time job for me and it has been ever since.

Excuse this interruption, for a throwback moment:

We did some digging on Joe’s YouTube Channel and found this early video where he contemplates making pipes. We’re sure glad he decided to use all those tools to benefit the pipe smoking community!

Watch this throwback video from when it all began:

And now back to your regularly scheduled programming... 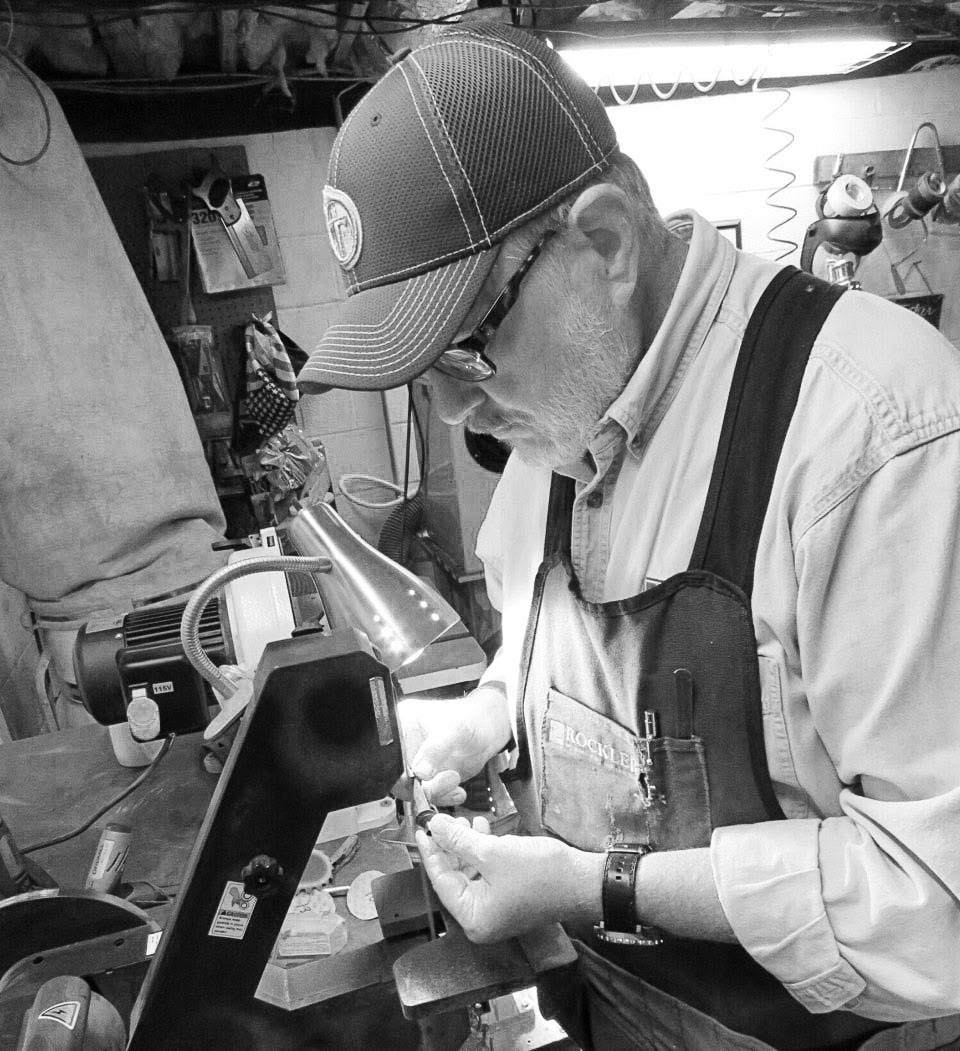 Renia: YouTube and other forms of social media really came on hard just as you were rediscovering pipe smoking. How do you think your background helped you early on?

Joe: I didn’t start out thinking to make pipes full-time, but I’m sure all the years I spent in broadcasting helped. I started at a radio station in Jackson, Tennessee when I was 15, and spent most of the next 40 years in the industry. YouTube wasn’t the first time I stepped in front of a camera, but it’s very different from traditional media.

Most of what might seem like “natural” marketing ability I learned from studying Colonel Tom Parker and how he promoted Elvis Presley. He was a genius and I think most of us who have an interest in getting our name out there would be smart to study how he promoted “The King”.

Renia: So if studying Colonel Tom Parker taught you about promoting and getting your name out there, who would you say mentored you as a pipemaker? Or are you mostly self-taught?

Joe: Most of what I learned early on came from watching YouTube videos and taking apart pipes that I bought. I watched every single video on pipe making that I could find in the early days.

Grant Batson, Steve Morrisette, Mark Balkovec helped me a bunch after I got started. I’ve also spent lots of time on Skype with a number of pipe makers. It’s a giving community, once you do the early ground work.

I’ve made many friends through social media and spending time talking with pipe smokers and carvers all over the world. Those connections, whether they are with pipe makers or enthusiasts, really helped shape my designs.

We interrupt Joe’s story, with an example of one such “visit”

The Dagner Slayer Poker is one of Joe Case’s best selling pipes. We think an October 31, 2012 “visit” from the pipe world’s favorite YouTube personality might be why. Regardless, it’s a classic example of why the pipe world loves Joe Case:

Renia: Do you have a favorite pipe that you’ve made, or a favorite in your collection?

Joe: I’ve made over 1,200 pipes since 2011. Most of them are Pokers, because that was my favorite shape when I

started. I still favor it, but choosing a single favorite would be extremely difficult.

I did make a greenish brown Blowfish just a few months ago that I’m fond of. It was one of the few that I thought, “Gosh, I hope that one doesn’t sell.” Then it could become part of my collection. But it sold the day I posted it. My own pipes rarely make it into my collection. Pretty much only when they are seconds. 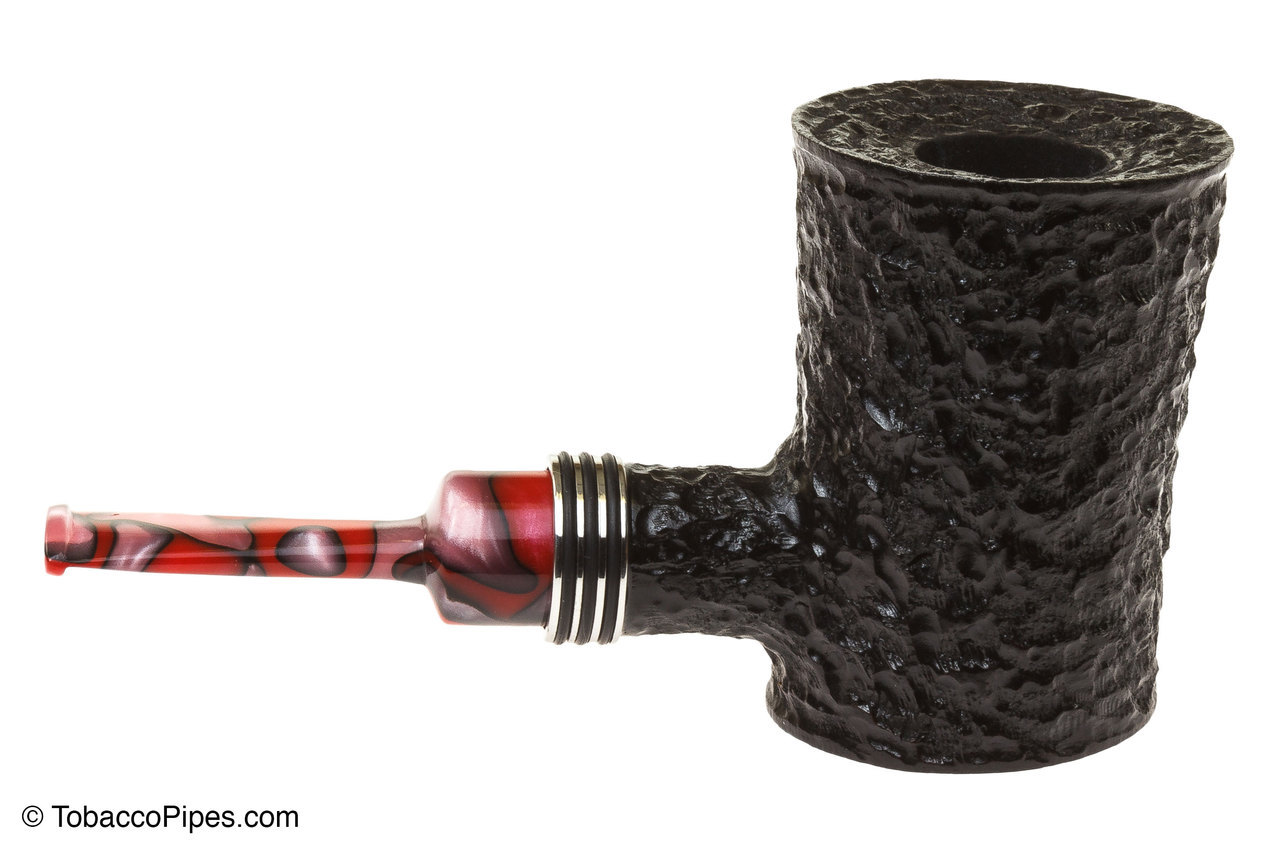 Over the years, I’ve built quite a tobacco pipe collection. I have 40-50 these days. My Savinelli Pipes, Winslows, Kevin Arthur, Steve Morrissette, Dagners...all are favorites for different reasons. I don’t think I could choose just one. It all depends on my mood.

I do have a Dunhill pipe for my birth year that I am particularly fond of, but primarily for sentimental reasons.

Renia: That’s understandable, it’s sort of like choosing a favorite child. What about your process, do you tend to follow a specific routine? Are you a planner or more spontaneous, when it comes to your work?

Joe: I guess I’m somewhere in between.

I like to sit down and plan, the majority of my business is in fairly standard pipe shapes for me, but I don’t want to get stagnant either. For instance, I look at my list today and know I’m going to make a Devil’s Anse. I’ll look for a block that will work for that shape and the finish chosen by the customer. Then, I get to work.

I only make one or two pipes at a time. I know other pipe makers who can work on 20 pipes at once, but that’s not me. I get distracted too easily. It typically takes me about a day to make a pipe. In fact, some of my long-time Instagram followers know when I’m taking a day off, because I’ll post a pipe every day when I’m working.

Occasionally I’ll squeeze in two pipes on the same day, but always of the same style. My brain won’t tolerate doing a couple of very different styles together.

Renia: It sounds like you know yourself well. Do you smoke when you work?

Joe: Nah, I’m too much of a clencher. Besides, I see smoking a pipe as a leisure activity, not a part of the workday.

Renia: That makes perfect sense. Do you have any strong opinions about what makes a good pipe?

Joe: The thing has to smoke well!

That means it should have a good, easy draw and smoke effortlessly. The smoker should be able to draw all they want, or just sit and sip at it.

Beyond smoking well, a pipe should be aesthetically pleasing to the owner. Of course, that’s highly subjective. My pipes tend to be closer to traditional shapes with surprise accents, but I’ve seen some extraordinary work that breaks every mold around what makes a pipe--it’s all about finding the right fit for the right person.

Watch Joe articulate his thoughts on the evolution of design.

Joe told me during our chat that he believes if you’re not learning every day, you need a new career. We’ve watched his style evolve over the years, as he learns new things and/or takes on new design challenges.

Here’s a good example of what that process looks like:

Renia: Joe, you have an intimacy with your customers that many artists do not. Through YouTube, Instagram and now Periscope, you talk almost on a daily basis. But can you think of something you wish a new customer knew before they buy from you?

Joe: Only that the difference between an artisan pipe and a production line pipe is that EVERY SINGLE artisan pipe is unique. They will all be different in some way. That’s why you buy a handmade pipe.

I am always striving for perfection, but I’m not perfect. If a customer ever has a problem with one of my pipes, I will stand behind it. I feel like a little piece of me goes into each pipe I make and I want it to be a special experience for my customer.

Renia: That type of ownership is undoubtedly part of your success and one of the reasons we are so excited to work with you. Thank you for taking the time away from your workshop to talk with me.

Joe: Thank you guys for your interest in my work. It’s been a pleasure.

Our team has followed Joe Case’s work for several years and we are beyond ecstatic to carry his unique artisan pipes. Please take a moment to welcome Joe to the TobaccoPipes.com family in the comments below.