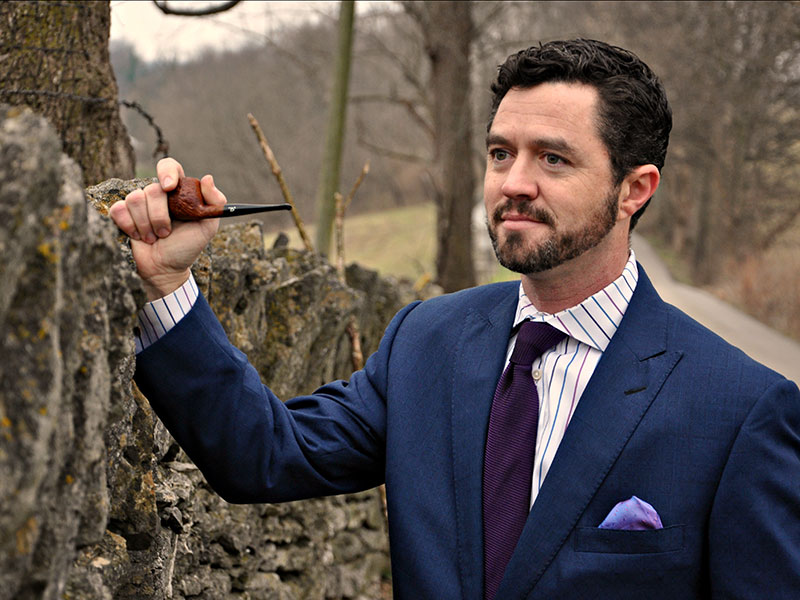 Brandon Brooks refers to the tight-knit community of pipe makers at Briar Lab as “The Justice League” and his place among them as sort of like “Batman”. It is an apt introduction to a slightly-below-the radar carver. You may not know his name, but you’ve almost certainly seen his work if you spend even a passing moment in the online pipe world.

With his base in Kentucky,Brandon Brooks Pipes exist a little outside the hot Nashville scene. His creative aesthetic is clearly influenced by Music City, yet not beholden to it. It’s a combination we find particularly exciting.

I sat down for a phone chat with Brandon while he logged miles, returning home from the Nashville Pipe Show. Read on to find out how making drums gave him the confidence to make pipes, what he learned about creative work from the music business, and more...

Brandon: It’s an old cliche´. My grandfather smoked a pipe and I wanted to smoke one too. I worked for a drum company for several years and knew a fair bit about building things from that experience, so I decided I could make my own. I knew how to work with my hands and figured that was enough.

Renia: So you made your own pipes from the beginning? How did you learn? 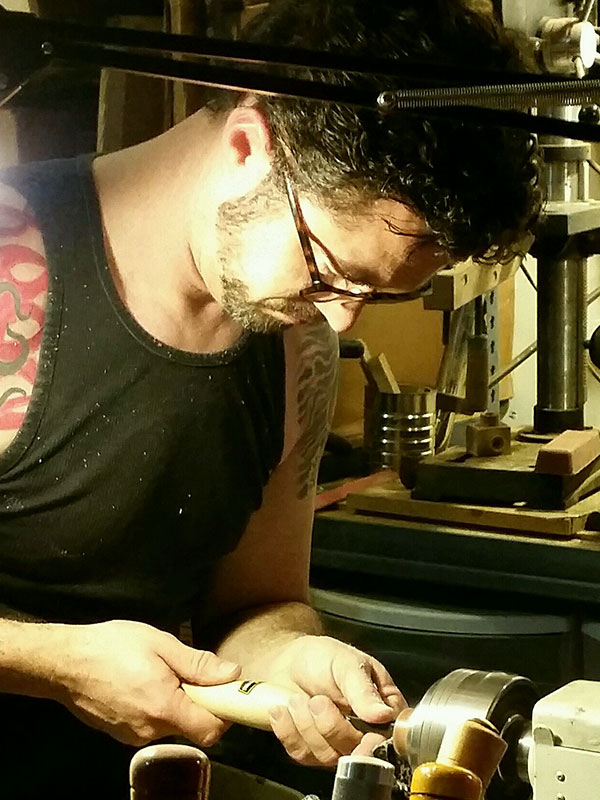 Brandon: I did a lot of silly and dangerous stuff that I wouldn’t recommend anyone else trying. I won't even say it, in case someone would. My early work was just trial and error. Some of my first pipes were pretty embarrassing. I won’t show them to anyone.

In the beginning, most of what I learned came from Pipe Makers Forum. Then, after a couple of years I decided to get serious. I went and sat with Bruce Weaver and Todd Johnson. Bruce has been instrumental in my growth.

I have a bit of an art background and several other pipe makers told me to start sketching. That helped my work tremendously, but much of my development was simply trial and error. Oh, and great mentors. I’ve been lucky to work with many talented people.

Renia: You’ve been fortunate to work with a number of other pipe makers. Who would you say influences your work the most?

Brandon: Hekthtor Wiebe and his radiator pipes are a definite influence. I make bowls for them now. Of course, Michael Lindner, Nate King and others from Briar Lab have helped me tremendously. Chris Morgan, Steve Liskey, Bruce Weaver, Joe Case and my friends Tony Warner and Simon Landrum of Blue Mountain Studios--both up and coming makers--all come to mind.

I spent a lot of time in the music world and have always really enjoy working in groups. I like learning from others and the creative energy of groups. There are plenty of makers who are uptight about sharing their craft, and I try hard not to be one of those. That attitude helps me to build relationships where I am sometimes the student, sometimes the teacher and always a partner in making our corner of the world a more interesting place.

Renia: After working with so many other artisan carvers, I’m sure you have some strong opinions about what makes a good pipe.

Brandon: Only a few. Function before form. The pipe needs to smoke well first, then work on how it looks. I don’t care how cool the design is, if it doesn’t smoke well you’ve got to go back to the drawing board.

Other than “smokeability”, I think the experience of smoking a pipe should be comfortable. It should feel right to hold the pipe, put it to your mouth and puff. Again, comfort shouldn’t be sacrificed for looks. 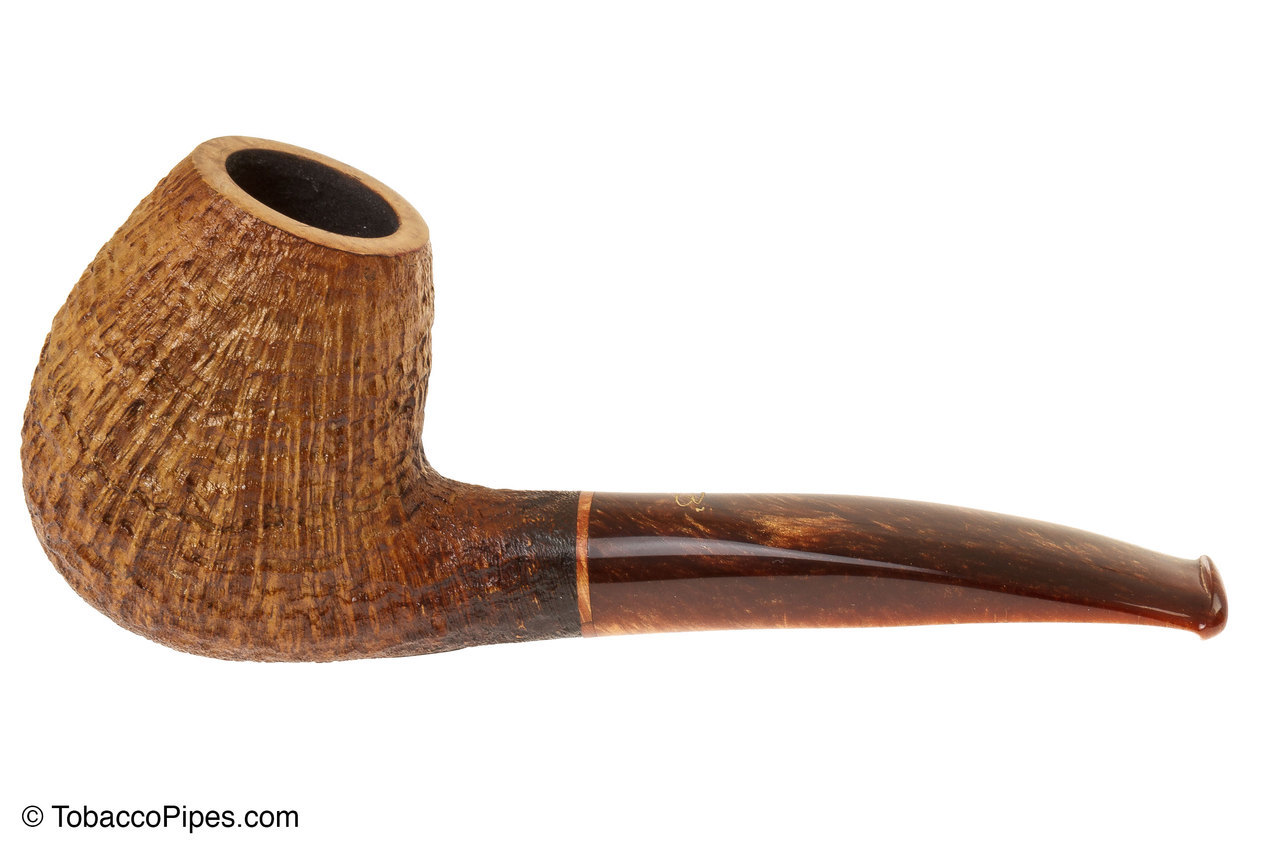 Renia: Those sound like two rules that are simple, but not always easy to execute. How do you ensure that your own work meets these measures? What does your process look like?

Brandon: I sketch and draw out my design first. It shows me how the lines of the pipe come together and how they all work in harmony. Sometimes it’s easier to see structure in two dimensions. Then I make a template.

My process looks somewhat like an assembly line. I usually work on batches of six or more pipes at a time. I try to work on a few of the same or similar shapes at the same time. I always have plenty going on and I carry that through to my workshop. 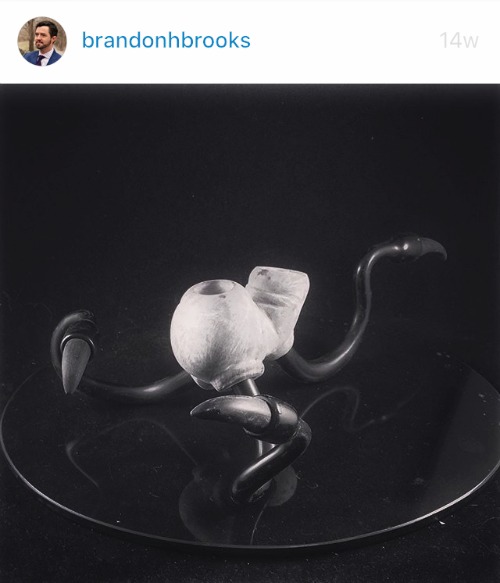 Renia: It sounds like you have a good system down. Do you have favorites among the pipes you’ve made?

Brandon: The Paneled billiard and the Brandy you guys have are two special ones. I think that brandy could be the best blast I’ve ever done.

Awhile back I made a creature pipe that I’m pretty proud of. It has removable tentacles and a story to go with it. Jake at Kraken Pipe Leather, who makes all my bags, made a special case for it.

Renia: That’s a super cool pipe! Do you have something you wish your customers knew when they buy your pipes?

Brandon: Most often, just how much care went into making their new tobacco pipe. Many of my pipes have special finishes that don’t translate well in pictures, like my vintage 3D finish. In addition, all of my bags are made by Jake to coordinate with that specific pipe.

Renia: We’re honored to help shepherd those creations on their way to their new owners. It’s been a pleasure talking with you.