We are officially over the halfway point on our journey through the six Birds of a Feather blends. The collection of course features mixtures crafted by Mac Baren master blender Per Jensen here at Sutliff tobacco in January 2022. Actually, just as I’m writing this it hits me that this was an entire year ago, which I can hardly believe.

You can check out the whole story on this collection in our blog: The Making of Sutliff’s Birds of a Feather—A Signature Series by Per Georg Jensen.

But the gist is that each blend in the series includes at least one uncommon tobacco. In order of release: Uno used Katerini Perique and genuine St. James Perique, Whimsical used St. James Perique, and Aberrant used Rustica. Now, we have Eccentric.

Sutliff - Eccentric (Birds of a Feather) 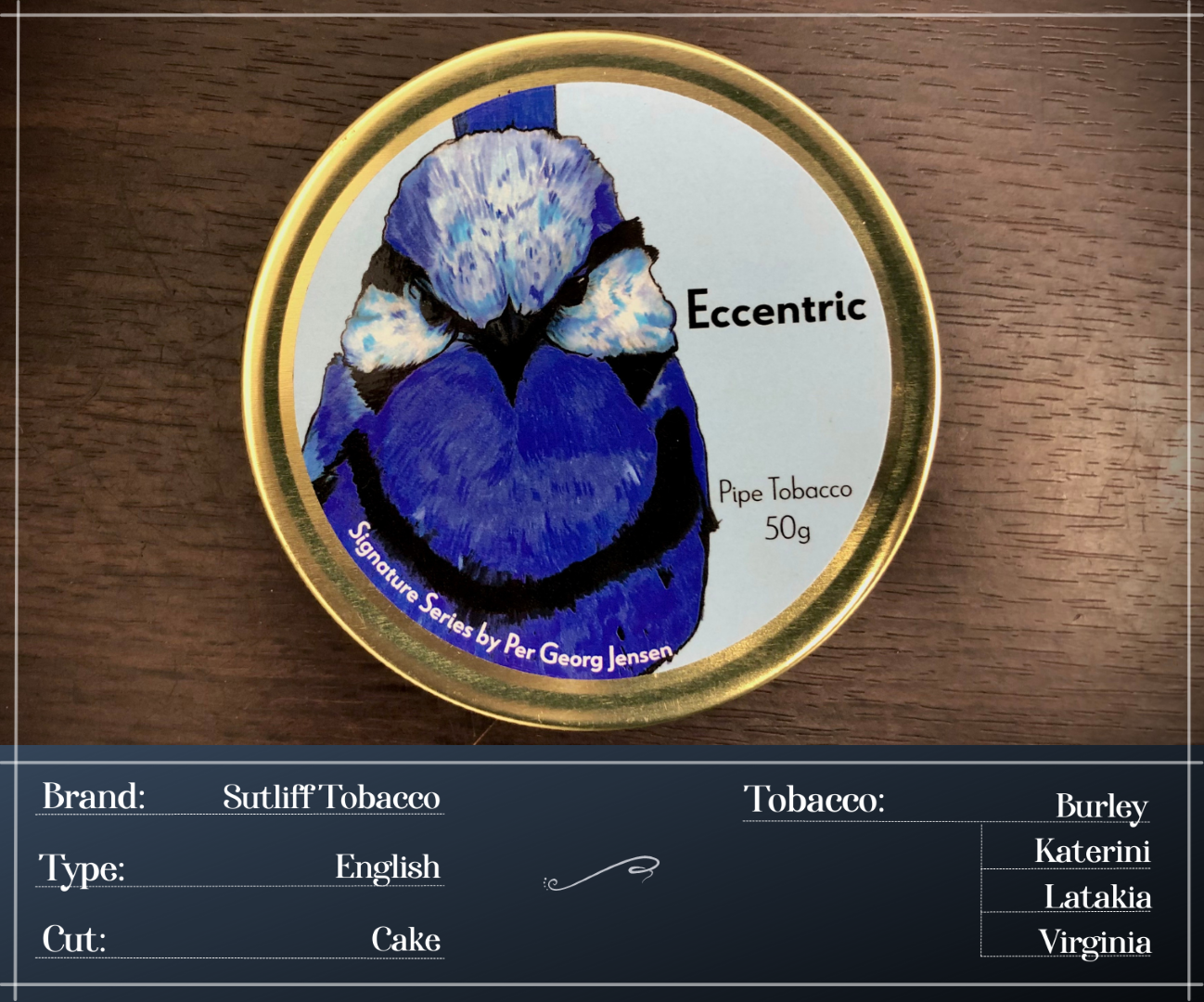 Eccentric is the first and only English blend in the flock. But what tobacco varietal sets it apart? That would be the Oriental component—Katerini.

As you may already know, Katerini Perique was introduced for the first release of the series, Uno. This is the Katerini Oriental that has been through the Perique process of pressure fermentation (which you can also read about in more depth on our blog). Well, Eccentric just has the Oriental leaf—not quite the rarity of a never before blended varietal, but still something special. It's difficult to source Oriental sub-varietals these days—they are most sold in mixtures of several sub-varietals. This is most often the case when we see "Orientals" listed as an ingredient.

But let's get on to the blend. As with the others in the series, I’ve had a sample of Eccentric from Jensen’s visit, so it isn’t totally new to me. But in an effort to make that sample last, I haven’t been able to frequent it and build a familiarity until now. 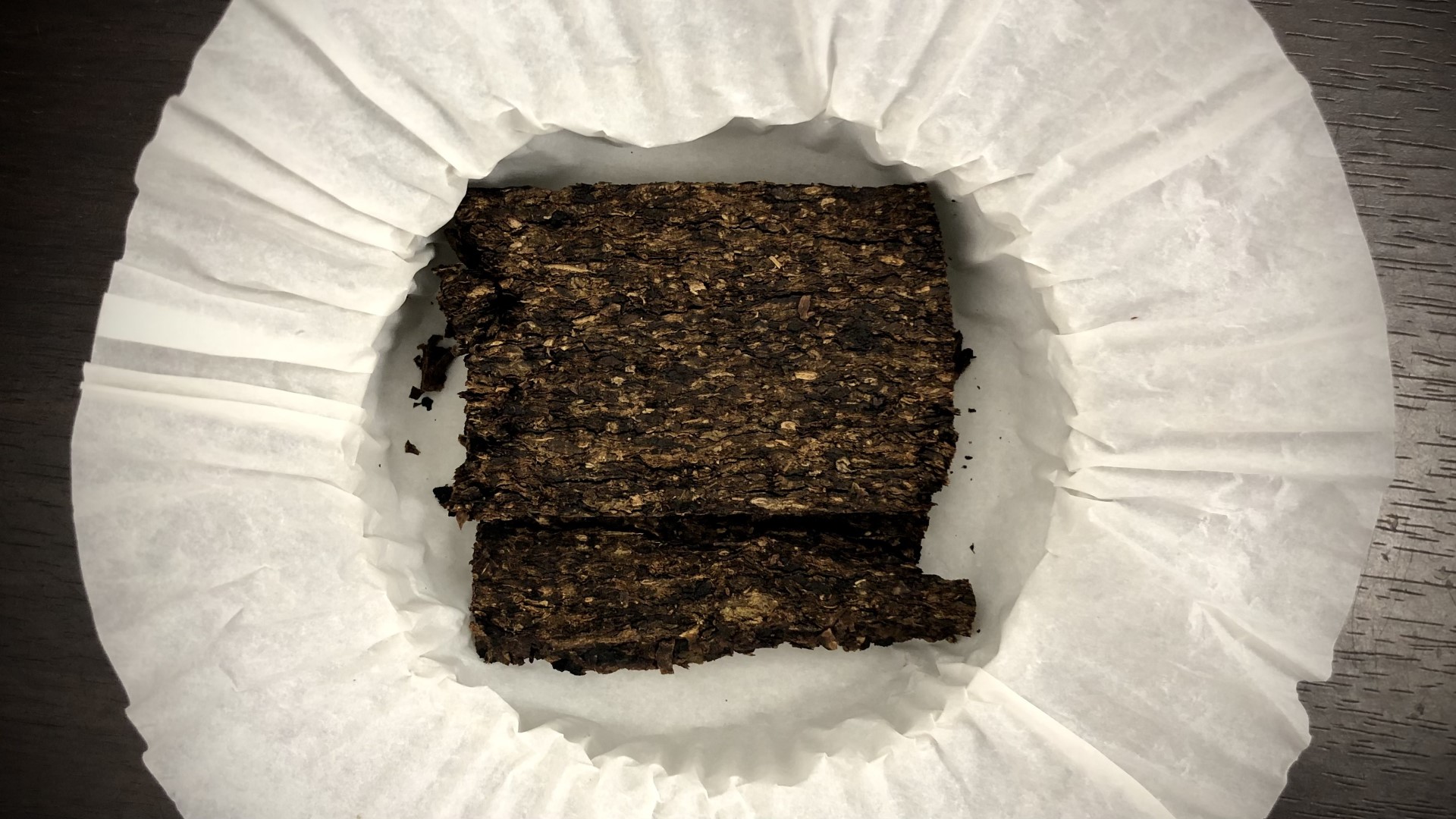 I find a forward woody scent backed with ripe fruit from the tin note. Not a powerful aroma that bursts at the break of the seal like a bat out of hell, but not one you need to get your nose right up to either.

The cakes rub out easily, I notice a bit more red in the broken up leaf. Moisture is alright, nearly perfect. I would usually give it a little drying time, but it’s only slightly less dry than my preference, so I’m going to go ahead with it—there’ll be time enough to adjust my approach.

I still have some Eccentric from when it was blended last January. From the tin note and look of the blend, I can tell no difference. Although, there’s no age on the sample. I have some that’s been jarred up for about a year, but the one in front of me I’ve dipped into over the last few months. I imagine it’s only been sealed uninterrupted the past month or so.

As has become tradition, I’ll have my inaugural smoke in my Georg Jensen Granat bent Egg.

The Latakia and Katerini seem to harmonize as the leads. The Latakia seems more to the musky, leather side than smoky and meaty. The Katerini for its part is floral, herbal, with a light sour note. Virginias offer fig, grass, and are slightly tart. There’s a woodiness to the blend that seems to emerge from the varietals’ common ground.

Smoking on, I notice what I associate as a bright Virginia contribution of citrus and grass notes floral. Maybe this “special” Virginia in the description? Burley seems to mostly endow strength and volume, but its nutty contribution is not totally lost in the flavor profile, and could very well factor into that aforementioned woodiness.

I notice a bit of that mineral earthiness from the Latakia that reminds me of a Balkan blend, which, being Oriental/Latakia forward, some might consider this blend to be. I wouldn't necessarily, but it certainly may pique the Balkan enthusiasts interest.

Earthy, incense, and floral in the retrohale. Very nicely accentuates that earthy side of the profile but doesn’t rough up the sinus at all.

When I was first introduced to the blends, Eccentric was one of my favorites from the series, which is saying something as Virginia/VaPers are my bread and butter, and I must say, I have a soft spot for a thoughtfully complex “kitchen sink” blend such as Uno (which may be my favorite if I absolutely must choose. Or Anomalous, but my memory of it is fuzzy. Luckily, I’m not much a believer in favorites).

Having continued to smoke Eccentric, I’ve found it most amenable in medium to larger chambers. I lit it up in my Honeybrook the other day, a recent restoration I’ve been getting a lot of joy from, but being my second narrowest chamber, it’s not every blend’s best friend. I noticed it seemed to accentuate the bitter and woody side.

Of course, “bitter” in this context is not to say ashy or acrid, it’s bitter as a herb can be, or that sharp note in anise—something I quite like in a blend balanced with sweetness. But the Virginias seem especially shy in the small chamber. Depending on whose palate its landing on, this very well may lean to a preferable flavor profile. But trying it in a few other smaller chambers, Eccentric is much more attuned to my taste in larger bowls. It really sang in my C. K. Own Make—a great bent Brandy that I’ve recently found is a Captain Kidd pipe from A. Frankau & Co. 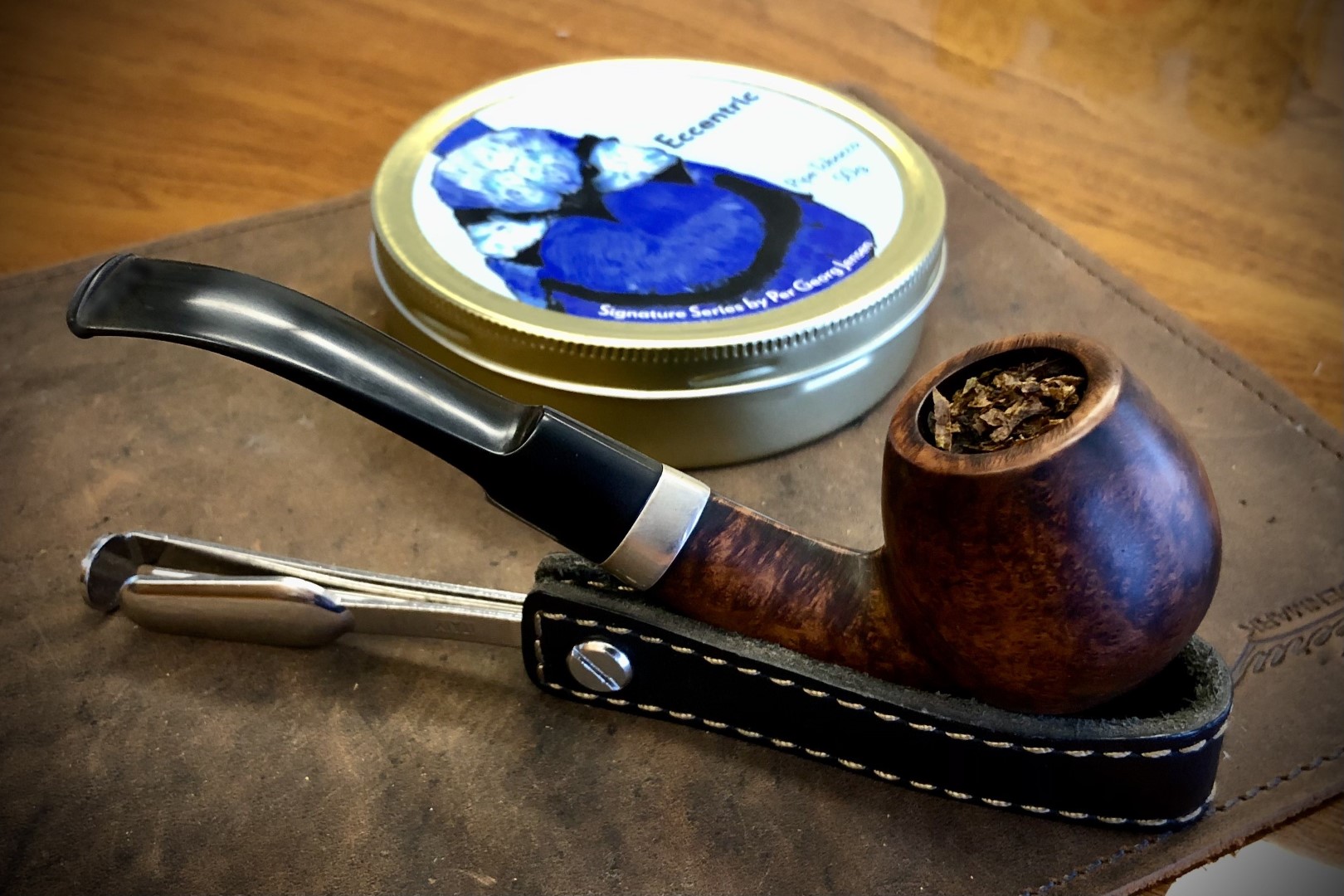 I thought I might notice more of the Burley component over time, but it’s not very represented in the mix, at least not on the surface. I’m sure if there were not Burley it would throw the balance of strength and volume out of whack, as Eccentric offers a nice weight on the palate and perhaps a bit more strength than your average English.

I’ve found that I do prefer Eccentric to be slightly drier than fresh out the tin, but not by much. The burn is slow and consistent and I don’t imagine it would bite no matter how aggressively puffed.

I notice that into the smoke, perhaps halfway or so, The Virginias show through more with dark fruit, and the Katerini leans to a more cedar woody note.

All in all, Eccentric fits well in the series, which is defined by each blend’s individuality. It is certainly an English, but with a distinct personality. It brings us back to when sub-varietals of the Turkish leaf were readily available and could be meticulously blended for their nuances.

I have to say, I’m especially excited for these last two in the Birds of a Feather series. They're the ones I had the smallest samples of and smoked most of that already, just saving about .5 oz of each to try leading up to the release. With that, I haven’t had either in months, probably almost a year, so it kind of does feel like I’ll be trying them for the first time.

At any rate, I’m enjoying two tobacco blends now that will be explored along with a featured premium cigar in the regular Tobacco File column at the end of January. I hope all have had a wonderful holiday season and 2023 is off to a great start!