Mark Krupilski from Kentucky agreed to be the first in our new series of Tobacco Pipe Collector spotlights. Once a month or so, we’ll share a story with you about the people who smoke our tobacco pipes. Want to be featured in this series? Contact us.

The interview with Mark began with Pink Floyd. It was a good start.

Mark turned the music down and told a jealousy-inducing story of an impromptu visit to see his friend Robbie perform with the band for their critically acclaimed The Wall tour. Told with a enthusiasm, Mark’s infectious energy filled every moment of his hour-long interview.

As might be expected, after a beginning like this, Mark is full of remarkable stories about the discovery and acquisition of the 31 tobacco pipes he’s collected over the last four years. Here are just a few:

Our interview with Mark Krupilski

What is your favorite pipe? 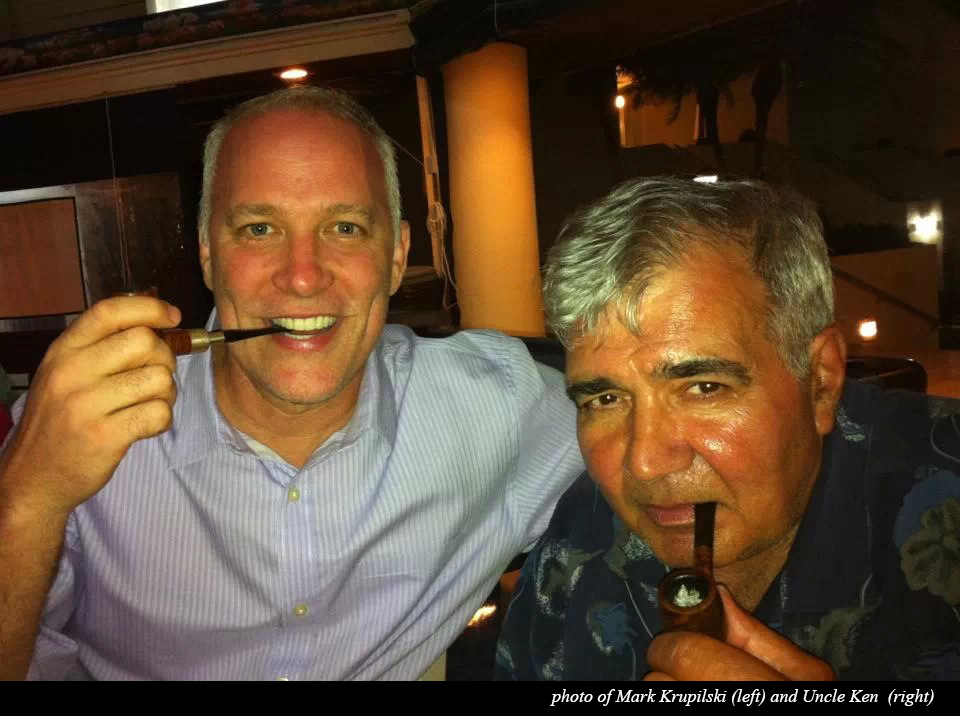 I prefer straight stems and own lots of Comoy's, but my favorite is sort of obscure. I was down in Lexington and wandering around a seedy tobacco shop. Just about the time I start wondering what I’m doing there, I see a dusty Dunhill on the wall--probably a $600 pipe--just neglected and sad looking. I asked the guy behind the counter why he had it. Turns out he owned the place and used to own a pipe and cigar shop, probably forty years ago.

I asked if he had any more pipes and he took me upstairs, where a few dusty boxes were filled with neglected but beautiful pipes--pieces made in the fifties and sixties, before everything went to machines. I picked an Alpha Red Spigot Army Pipe from Israel. I think I paid around $30 for it, after he shined it up nice, I think he was sorry he sold it to me for that.

I have a great-smoking Mark Tinsky, custom made to my sketches. The Alpha is still my favorite. I like the story, the discovery.

What kind of tobacco do you like to smoke?

Grandma’s Apple Pie from Carey's in Ohio, Rock Star Tobacco from Oxmoor Smoke Shoppe and Carolina Delight Tobacco from Kremer's Smoke Shoppe. I’m not picky about what tobacco goes in which pipe.

Where do you prefer to smoke your pipe?

On my Dad's back porch, me with one of my pipes and my dad with a Graycliff cigar.

Do you prefer smoking alone or with a group?

Both, but I think it’s more relaxing alone. I like to pour a little bourbon, light a bowl and read a good book. It’s meditative, relaxing.

How did you get into tobacco pipes? 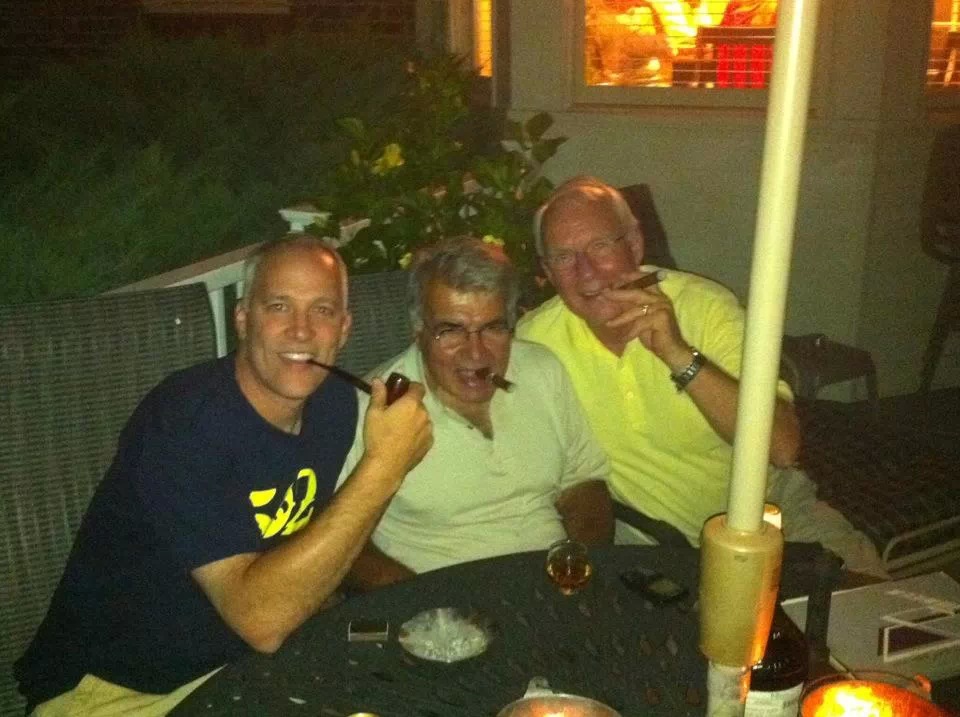 I smoked cigars for years, but the women in my life never liked it. Every time I went into a cigar store I was fascinated by the pipes. One day, a few years ago, I finally picked up a Peterson and the first smoke had my daughters coming out to the porch to see what “the nice smell” was. I’ve been collecting pipes ever since.

Tobacco pipes are like art. Each one is different and holds a story. I enjoy collecting them and display them like art, all over my library. They’re nestled in with books and other old things.

Sounds like you’re a bit of a Luddite. Do you have any other hobbies?

I collect pocket watches, vintage radios and books. My home is full of antiques. I appreciate old things, but it isn’t just about age. It’s about things made with care--by human hands.

If you could sit down for a smoke with anyone who would it be?

George Washington. He didn’t smoke a pipe himself, but seems like an interesting person and grew tobacco on his property. He might share a laugh with me that he influenced the creation of Founding Fathers Tobacco, despite not being a smoker.

Wrapping up the interview with Mark, he mentioned his favorite ritual. He enjoys a superior bourbon, a turn of an old gramophone and a good smoke--these days in his new Peterson Green Spigot.

Today is Mark’s birthday. Happy Birthday Mark! Thank you for sharing your stories with us.