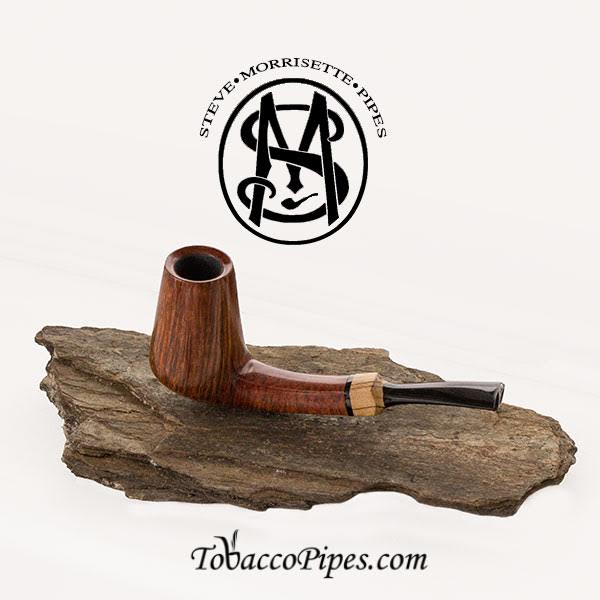 Living against the tide, an interview with Steve Morrisette

Steve Morrisette says he sometimes feels like he is moving against the tide.

In many ways that might be true, but I think it’s people like him who are forcing the tide to turn instead.

Morrisette has worked as a professional drummer, photographer, and writer. He's been an artist his entire life. Sometimes he’s been a bit of all three at once. These days he’s applying that artistic mindset to Steve Morrisette Pipes and the process of shaping briar. He is one of only a handful of full-time Artisan pipe makers in North America. 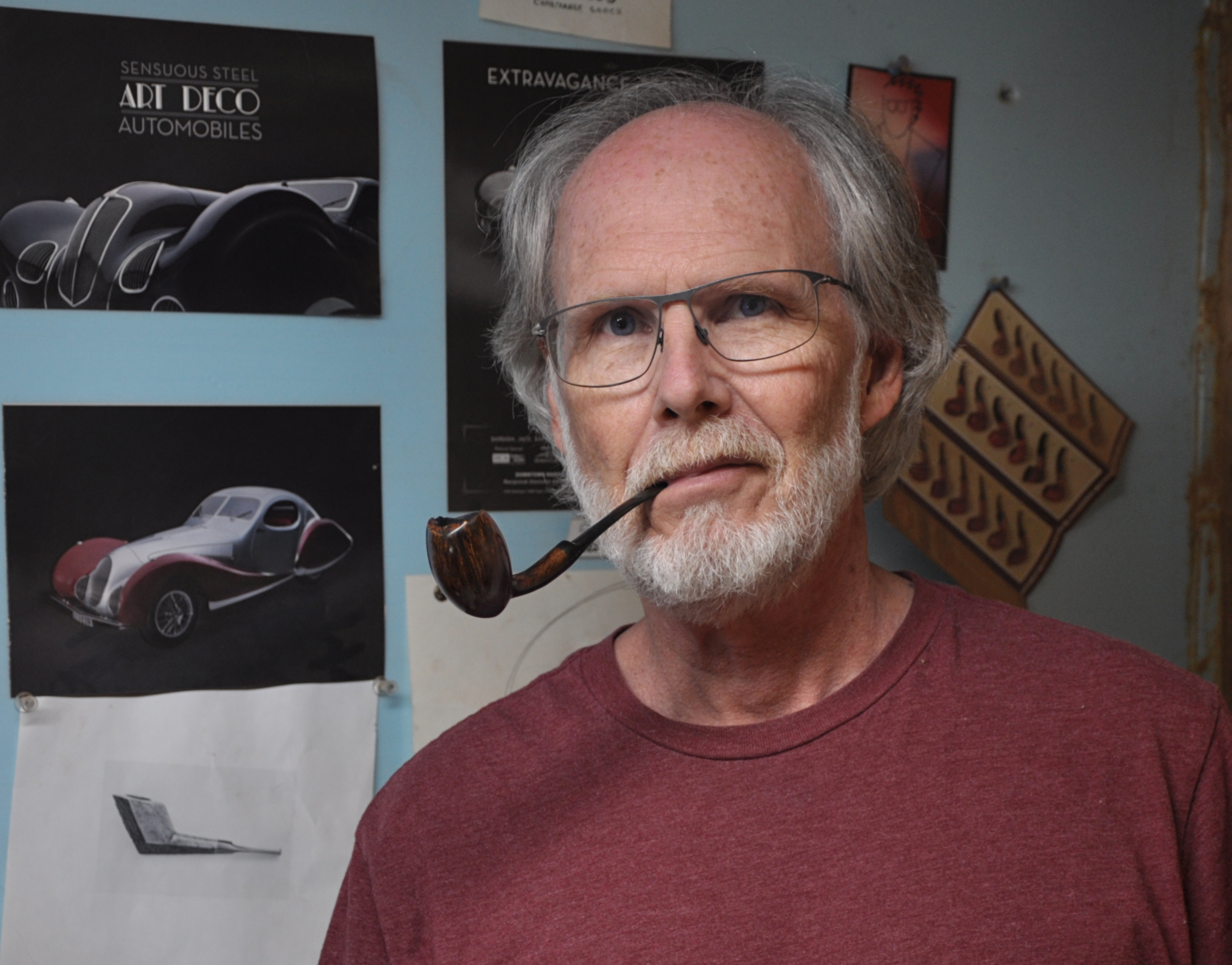 Morrisette says he has saltwater in his veins, yet he lives and works in landlocked Nashville, Tennessee. Nashville is a place where gifted pipe makers congregate. The choice to be so far away from the water is a testament to his dedication. I got the impression that when Morrisette commits to something he's all-in.

Morrisette lives a simple life. He spends most of his time with two cats, a big orange tabby named Sammy D. and a momma cat named Katie Bean. The later was a “rescue” from fellow Nashville pipe maker, Grant Batson.

You’re likely to find Morrisette--well turned out in tailored trousers and hat--with his face hidden behind a camera. He’s as likely to be behind a camera as working the room at a pipe show. He's the photographer behind many pipe maker portraits.

Morrisette is particular and exacting in his attention to artistic detail. Whether in his dress or the words chosen to represent his image, it's clear he cares about details. It’s a combination well-suited to a pipe maker. His eye for detail (and affinity for bourbon) has earned him a place among some of North America’s most respected Artisans.

It was my pleasure to speak with Steve about pipe making, writing and the life of an artist. What follows are some of the highlights of our conversation:

A Conversation with Steve Morrisette

Renia: What motivated you to start making your own tobacco pipes? How did you get started?

Steve: Finely made things fascinate me. When I was young, maybe around eight, I had a friend who lived a street over. We were interested in guns and hunting, like a lot of boys at that time.

My friend had a book called, The Shooter's Bible. There was a section in the book with pictures of engraved handguns. Every time I looked at that, I thought I would like to learn how it was done. It all started with walnut burl gunstocks. I’ve appreciated beautiful wood ever since.

I am fascinated with how an artist treats his medium. Whether it’s a block of briar, a gun barrel or a canvas, it’s a surface to work on. Every maker has his own way of handling it.

I came into pipe making to make stuff to smoke, but it evolved into an appreciation for visual design too. I enjoy using the surface of the pipe to explore different forms of artistic expression.

Renia: You’re known, in the pipe world, as a dapper dresser. Would you say that is a reflection of your thoughts about art? Does the way you treat a surface extended into other areas of your life? 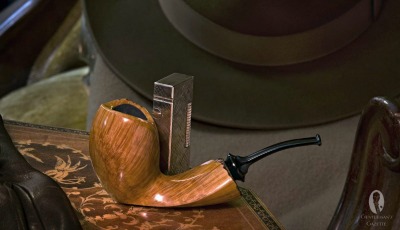 Steve: Yes and no. The way I dress comes from my parents. My Dad was a snappy dresser. He was a Brooks Brothers guy back when that meant something -- when the brand was synonymous with well-tailored style. My Mother was an antique dealer. She appreciated well-made and intricately adorned pieces. I still remember the patterns on the veneer washstand my mother kept in the corner. My parents taught me to appreciate things with staying power and careful craftsmanship.

Sometimes I worry that they way I dress gives people the wrong impression of me. I’m not a wealthy man or a snob, but I like the way what I wear sends a subtle message.

My clothing tells people that I appreciate the details.

I used to shoot photographs for a living and I learned to wear my Rolex when I went to take headshots. Not because of conceit or status, but because of the subtle message that it sends. Clothing is a tool. It’s like a suit of armor for a soldier, or a lathe for a pipe maker -- only as good as what you use it for.

Sometimes I do feel like I’m swimming against the tide on this one. I don’t want people to see me as some sort of dilettante pipe maker. Tobacco pipes are my full time job. I take both the art and the engineering of a pipe seriously--just like I take my presentation in public seriously.

Renia: You have strong opinions about style and artistic presentation. What else

do you think makes a good pipe? 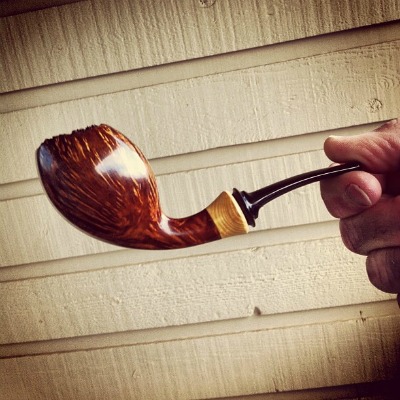 Steve: As much as I care about design, it isn’t the point of a smoking pipe. When the pipe is in your mouth, you shouldn’t be thinking about design at all. The only thing you should be aware of is how good the tobacco tastes. The pipe maker should disappear from your mind when you’re actually smoking. The pipe is a vessel, not the point.

Renia: I’ve not heard a pipe maker explain it that way before. How does that viewpoint affect your design?

Steve: In many ways.

I sometimes look at a pipe and think it’s right, but when I hold it and close my eyes I realize the transition needs work. Maybe I don’t like the feel. It’s not a conscious effort. Much of the work is subconscious, it’s an assumed attitude that I have from years of practice.

Making a pipe is a combination of experience and personal aesthetic. Through experience you sharpen your intuition. You learn what works for the type of smoking experience you’re trying to provide. For instance, if I think the balance in hand is a little off, I can remove from the bowl/shank transition. Like Jody Davis says, “Pipe Making is basically just solving problems.”

I take that Tom Eltang quote about the last inch of a pipe being the most important seriously. The interface matters. It’s these details, just like the right pair of cufflinks with a dress shirt, that make the difference.

Renia: What does your process look like? Are you spontaneous or a planner, when it comes to your work?

Steve: My best work happens late at night. I became a night owl right out of high school, when I was a professional drummer, and it’s never changed. I’m attempting to go to bed by two or three am these days.

My workshop and my process is somewhat chaotic. It’s definitely not a NASA-style setup. I like to put on NPR or a podcast and work into the wee hours of the morning.

When I have the freedom to, I work on whatever appeals to me at that particular moment. Sometimes I'll work on a stem or I’ll draw a shape on a briar block. I like to keep lots of things going, rather than working A to Z on one project. I don’t think in a linear way and I don’t make pipes that way either.

My process isn’t the most efficient way to make a lot of pipes, but it works for me. I like to work slow and I particularly enjoy the handwork. 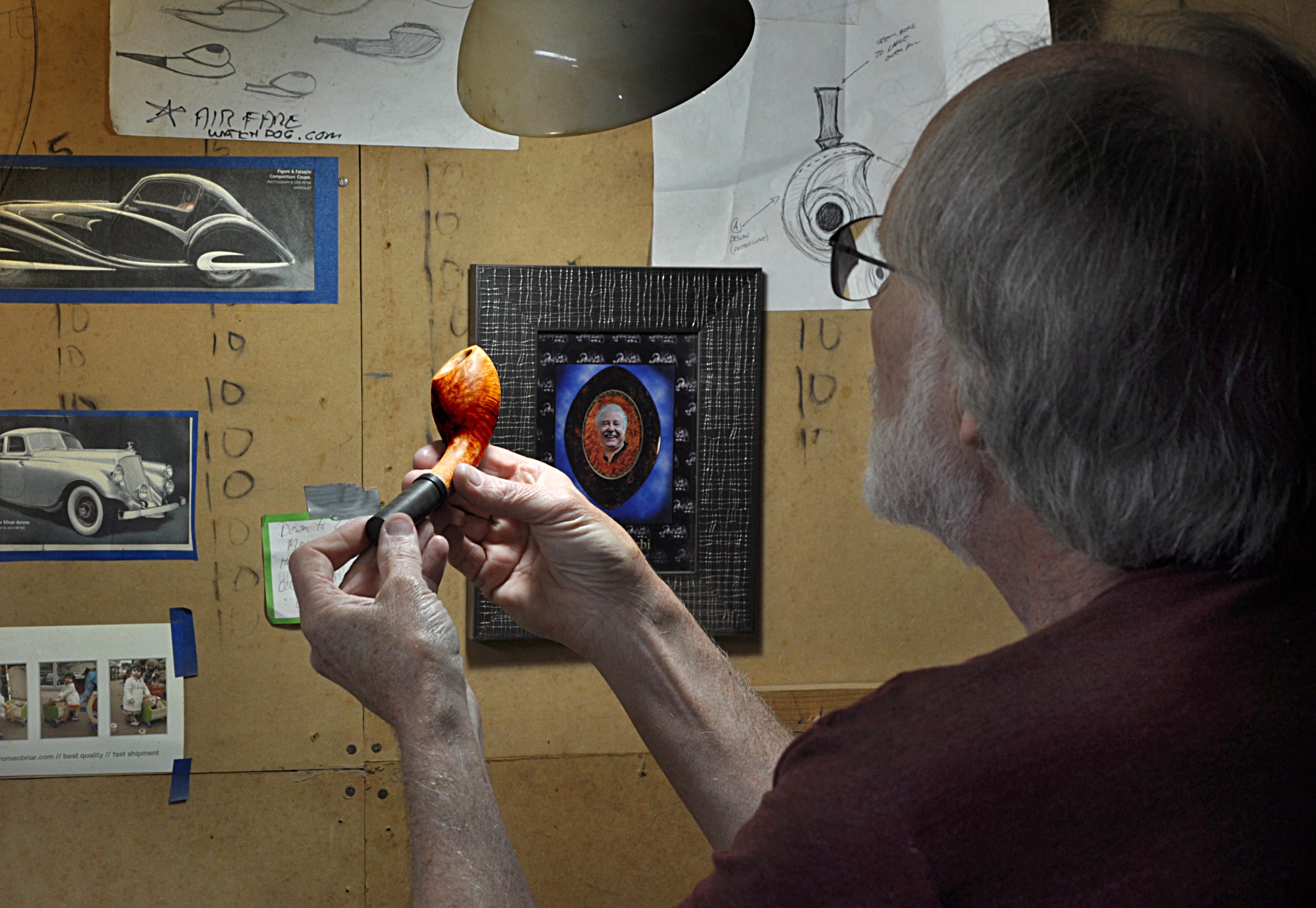 Renia: You’ve spent time with many of North America’s most respected pipe makers. What other carvers and/or artist influence your work? 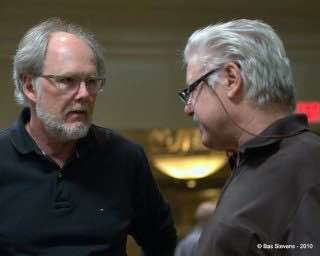 Steve: Scott Klein is my neighbor. He’s one of the world’s premier pipe makers and someone I’ve learned from and draw inspiration from.

Grant Batson is a good friend and I’ve learned much from him. I’m lucky to be in Nashville where there are a few really good pipe makers.

Jeff Gracik of J. Alan Pipes helped me get started. He was one of the first pipe makers that I spent time with and his gracious instruction was instrumental to me.

I spent a good bit of time learning from Todd Johnson. He taught me a lot about choosing my tools with purpose.

Brad Pohlmann who helped me advance my skills on the lathe.

These are only a few of the North American pipe makers who shared their knowledge with me. I’ve found that a good bottle of bourbon opens many doors. Through pipe making I’ve made many friends.

Renia: What do you want your customers to know about your work that you don’t always get the chance to tell them? 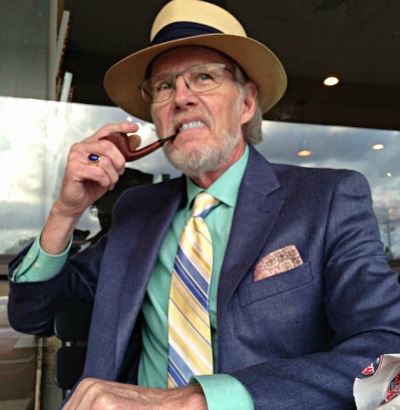 Steve: I am keenly aware of the cycle a tobacco pipe goes through with the smoker. The pipe disappears when it comes to the lips. When it is retrieved the pipe becomes a tactile visual object again.

This is what I do for a living and I do it because I love it.

I’m not wealthy and this isn’t a hobby. I am a professional and I study, practice and work like one.

I take great pleasure in making someone happy. If I can make a living creating something that moves seamlessly through the cycle of smoking, so the smoker doesn’t see the cycle at all, than I’m successful.

Making my customers happy is what it’s all about.

Renia: We couldn’t agree more. Thank you for taking the time with us Steve.

Steve: It was a pleasure.

Steve Morrisette’s meticulously crafted pieces are now available on our site. You can read more of Steve’s thoughts on tobacco pipes and pipe culture at Pipesmagazine.com, where he is a frequent contributor.