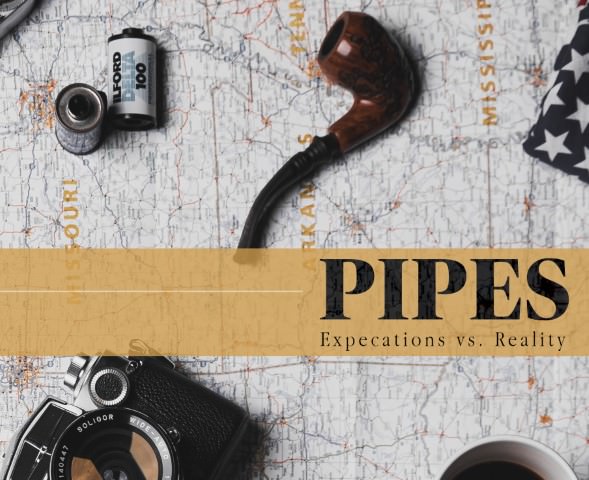 Every pipe smoker remembers the first time they spotted a fascinating character smoking a pipe. Maybe it was Gandalf in the cartoon version of The Hobbit. Or perhaps you fell prey to Sherlock Holmes as he took on a “three pipe problem.” For some, it may have been a grandfather, or photos of Albert Einstein, or Mark Twain, or Bertrand Russell. No matter where, when, or how that first imprint was made, the indelible style and irrevocable cool of those prime movers shaped your impression of pipe craft. The memories of encountering these legendary pipers will always sit as a kind of Platonic ideal. It’s a grand thing to hold in the mind. Until it’s not.

With esteemed tobacco pipe ambassadors like these behind us, it’s a quick jump to associating piping with ease, style, glamour, and prestige. But the reality is that pipe craft requires so much more than meets the eye. Calibrating your expectations and nurturing a deeper understanding of the nuances of smoking a pipe helps enhance every bit of the experience. Read on for seven common expectations of pipe smoking and freshen up on the realities that made this activity so essential to your pipe heroes in the first place.

1. How it Smokes – Quick and Consistent vs. Takes Some Effort

Anyone who has sat with a master piper in their local smoking lounge has likely marked private awe at their smoking style. From the careful assemblage of tools, the modest tobacco selections for the day (carrying sixteen tins in for two hours is just a bit of overkill, no?), and the broken-in pipe or two that fit so comfortably in their palm, expertise is clearly at play. But even more compelling is that piper’s technique. There’s that ease with handling his materials, and the practiced pack, and the expert light. And then there’s how the pipe burns. The masters have a way of making it all look easy. Their true light burns consistent and it feels like they could make a pit stop, order a burger, take a phone call, and then return to a pipe that’s still peacefully smoldering. While it’s true that technique plays a major role in a consistently burning pipe, the fact of the matter is that even the best burn is bound to go out. Frantically trying to keep the pipe lit is an anathema to spirit of the hobby, which privileges tranquility above all else. Regardless of the proficiency of the old guard, remember that a pipe that gives up its ghost doesn’t necessarily mean you’ve done something wrong. Rather, it means that you’re taking your time. Twain time. Russell time. Einstein time. 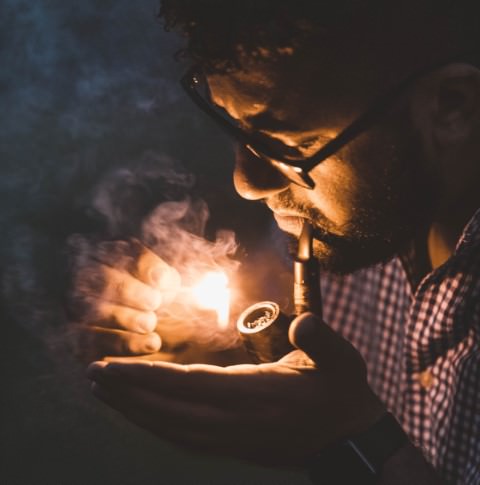 2. One Pipe will Do the Trick vs. The Collector’s Bug

There’s a “pipe” and then there are “pipes.” Your legends didn’t pose in front of the entirety of their collections; they were captured in a famed photo or two with some well-worn instrument dangling from their mouths. Who can blame the early piper for thinking that’s all there is to it, and that if you just pick up something that catches your attention, you’re good to go for the long haul. If only. As any piper who has been around the block will attest, once the collector’s bug has bitten, it bites again and again. You may start with a billiard, but then you’ll soon eye a bent bulldog, or wonder what it’s like to puff on a nosewarmer, and then look for something with a distinct rusticated finish, and get curious about morta and meerschaum, and what about that boutique maker you’ve just seen on Instagram? The fun goes on. The good news is that a collector’s disposition is necessary for good technique and a quality smoke. Overpowering a single pipe is a surefire recipe for poor flavor as the pipe doesn’t have sufficient time to cool down. And to be perfectly honest, it’s just not as fun. Many pipers advocate for a minimum rotation of seven pipes—one for every day of the week. With a weekly refreshing-time, you’re guaranteed an optimal smoke (so long as you keep them clean).

Sure “tobacco” may be in the title of every blend, but that doesn’t mean we’re dealing with the quite the same stuff here. If you’re just venturing into the world of pipes, and coming perhaps from the simpler world of cigarettes, then it’s easy to misunderstand the complexity of what “tobacco” really entails. A quick perusal of the range of tobacco offerings online or at your local tobacconist is a cure all. You’ve got your English, Orientals, Virginias, your Aromatics, your Balkans, and more. Master blenders have their hand in the mix too, producing intersectional blends that complicate categories and bring in their own proclivities, expertise, and nuance. Beyond that, the cut of the tobacco profoundly changes the smoking experience. From flake and ribbon to coins and cake, experimenting is the fastest, and best, way to replace “tobacco” with seasoned specificity. Intentional smoking that pays slow and keen attention to the room note, strength, cut, and brand will enhance your experience and shape you into a fine conversationalist. Consider a tobacco journal to help keep your impressions organized. 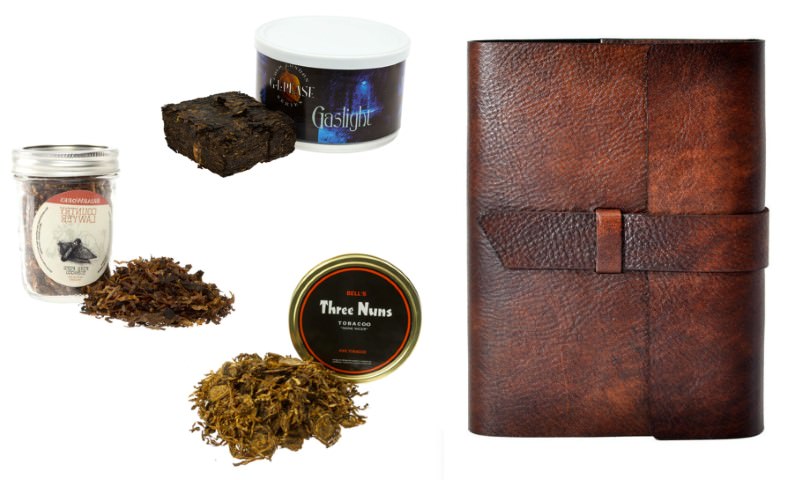 Trick setup. The answer is both. However, early misconceptions about pipes can situate the activity in the early camp. That’s again because of a misunderstanding of the time it takes to smoke a cigarette, which is a quick fix in between other activities, like the five-minute smoke break or stepping outside at a concert between bands. By contrast, the leisure demands of pipe smoking mean you’re not just a ship passing in the night by another cigarette smoker. Rather, you’re settling yourself in for the long haul, a half hour at minimum for a proper clean, pack, and smoke, and thusly opening yourself up for conversation. Anyone who has perched up at their local smoking cave knows the distinct pleasure and camaraderie the pipe community has to offer. Here, you benefit from the experience of age as pipers who have put in the work mix with those who have just purchased their first instrument. Conversation around blends abounds as well, and if you’re lucky, a generous piper may share a pinch or two of something for you to try. Beyond this, the piping community offers a veritable museum of rarities to inspire your own collection. While every piper should enjoy the solitude and reflection of smoking alone as well, taking the hobby out into the world provides a beautiful dimension of pipecraft that is not to be missed. 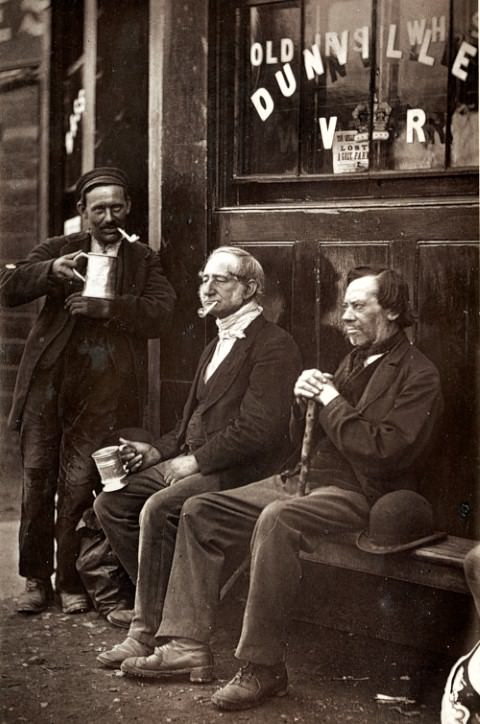 5. A Pipe is a Pipe vs. Quality Means Something More

Perusing a pipe selection when you’re considering a purchase can show a range of prices bewildering to the early buyer. Some instruments clock in at a negligible twenty-five bucks while others from premium makers can easily hit the $500+ mark and beyond. But what’s in a price? Do you need to break the bank to get something of quality? The answer is that it depends on the context and the intended use. If someone is unsure whether they plan to stick with pipe smoking, then there’s nothing wrong with testing the waters with a Dr. Grabow pipe or a cheaper estate pipe (so long as the stem is sound). Once you get into the $75+ range with makers like Peterson, Savinelli, and Rattray, you’re in a different bracket of quality. Processes are more refined, including an emphasis on handcrafted work, the pipes carry distinction in their details, and the quality of briar makes for an improved smoke. Many seasoned pipers stand by these brands and include them in their regular rotation. But for the piper who plans to go the long haul, it’s worth reaching deeper into your pockets and aiming a bit higher. There’s nothing wrong with a reliable car, but an extra bit of luxury—those leather seats, a better sound system—makes the ride all the better. A higher-end pipe by one of the aforementioned brands, or something new like an Altinay Meerschaum, a Davorin Denovic, or a Neerup elevates your pipe smoking experience with premium materials, hand-craft, and provides a unique pipe sure to turn heads. Trust us—it’s worth the splurge.

The corn cob pipe is as iconic as apple pie. For the non-piper, it’s likely the first image of a pipe that pops into their heads, spurred on by major figures from General MacArthur to everyone’s favorite muscleman, Popeye. The corn cob spread as an early pipe due The Missouri Meerschaum Company, a manufacturer of corn cobs (despite the ‘Meerschaum’ in the name), who produced and shipped about 25 million pipes per year. While modern pipecraft has largely turned its attention to briar, the corn cob lives on in both its traditional and updated form through contemporary “cob modders” that have reinvigorated this classic shape. For these makers, like John Keller of JWK 2366, it’s about reimagining what a corn cob pipe can be in modern times and showing that with proper care, a corn cob can isn’t just a cheap alternative to briar, but a worthy pipe that’ll serve its owners for years to come. 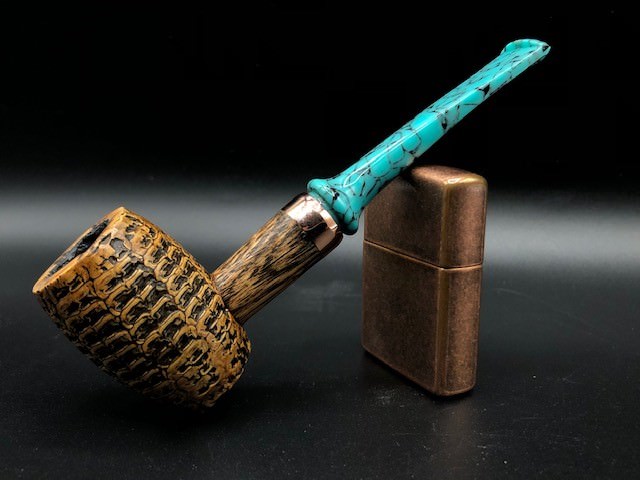 One of John Keller’s Custom Cobs

7. Fancy Shapes Make a Better Pipe vs. The Delights of a Simple Instrument

Everyone can recall seeing that stunning pipe shape that just makes you say “whoa.” Even after years of smoking, the breadth of the pipe world means there is so much to be discovered over the last century of pipe shaping. For the collector, bringing some of these majestic pipes into the fold is must, but it’s often easy to presume that the elegance of a church warden or the ornateness of a meerschaum or the aerodynamics of a given briar somehow commutes a superior smoke. While the creativity of these makers is worthy of praise, let it be said that in terms of shape alone that is not always the case. Dependent on your habits and proclivities, sometimes simpler is superior. Do you like to puff on your pipe while driving to and from work? Do you have the habit of resting your pipe in your mouth even while it’s not lit? In these cases and more, your more opulent heavy pipes are far from the best choice. Instead, a simple light billiard, a bent egg, or a nosewarmer provides a lighter-weight alternative that smokes beautifully and serves your needs. Makers have designed pipes for excellence in every shape under the sun but take stock of your plans for smoking to get the best of all possible worlds in your rotation.

A Sculpted Davorin Denovic and a Worthy Vauen Smooth Billiard

Wherever you fall in your pipe journey, you undoubtedly entered the hobby with some vision in mind, no doubt spurred on by the storied pipers who came before you. Taking stock of that inheritance is the good lore; one that’s baked into your own history just like a fine cake builds up in your pipe. While it’s easy for initial misconceptions to cause a few speed bumps, nothing straightens out the curving road like grand old time. As your collection builds, as you invest in community, as you sample the abundance of blends on the market old and new, as you identify your own preferences from tobacco blends and cuts to pipe shape, you’re continuing your plunge into the bottomless depths of piping. And everyday, when you choose a well-worn pipe and select that desirable tobacco, you’ll find that you are more experienced in pipecraft than the day before. 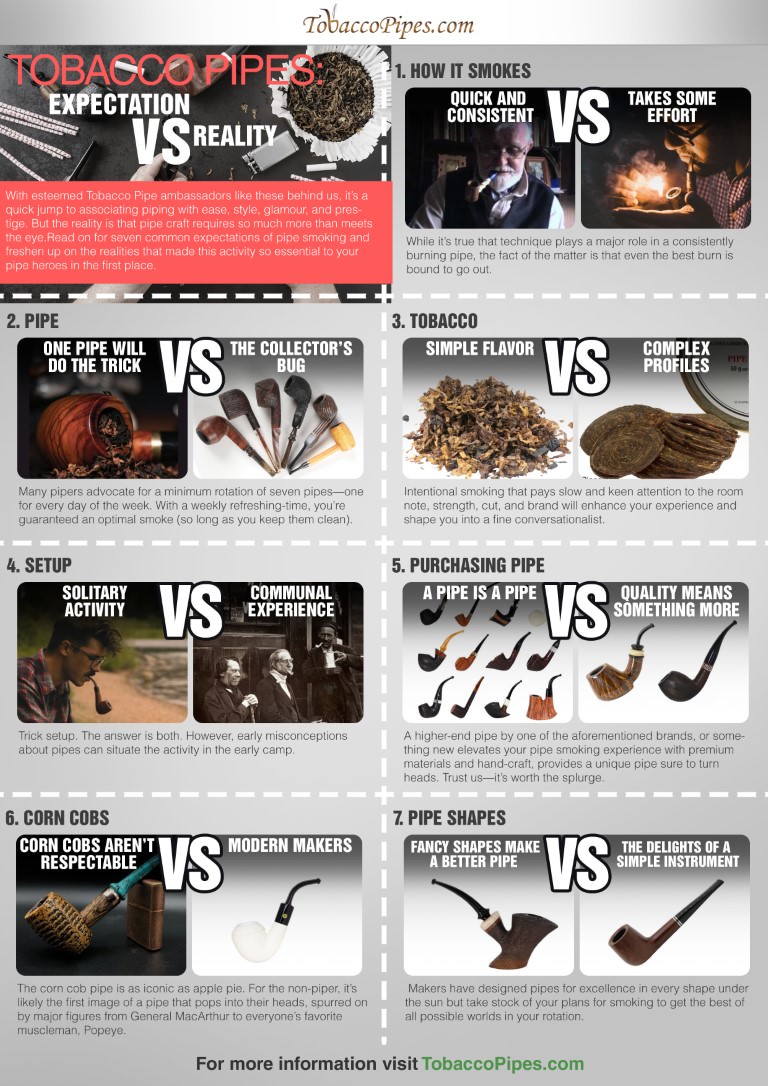