Chillin’ Moose was introduced by Foundry Cigars. One of the most recognizable names in modern cigars, Michael Giannini started Foundry in 2012 as a boutique arm of General Cigar. Many know Giannini as the leader of Team La Gloria Cubana in the early 2010s, from which he was promoted to creative director of General Cigar. It was in this role that Giannini launched Foundry.

After finding success with the first two Foundry small-batch lines, War of Currents and Compounds, Elements and Musings, the brand would introduce more blends at the 2014 International Premium Cigar and Pipe Retailer, now PCA Trade Show. Among them was the Sci-Fi inspired Worm Hole series and the value-priced Chillin’ Moose line. 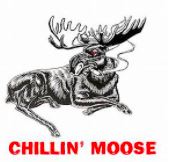 Despite being made as an affordable alternative within a high-end portfolio, the Chillin’ Moose keeps with Foundry’s tradition of blending proprietary tobacco from all over the world for a one of a kind profile. This 5-country alliance consists of Nicaraguan, Dominican, US, and Mexican fillers and an Ecuadorian binder, all encased in a Connecticut Habano Rosado wrapper. With Chillin’ Moose, you get that same commitment to diverse, unique profiles, with far less strain on the wallet.

This blend will give you a satisfying, dynamic smoke full of distinct yet harmonious flavors—peppery and tangy, creamy and chocolate sweetness, and  just the right amount of spice—you’ll know right away why this moose is so chill as you’re put at ease in a cool, intricately-balanced smoking experience.