Hekthor Wiebe is a family man first. A tinkerer and creator second. 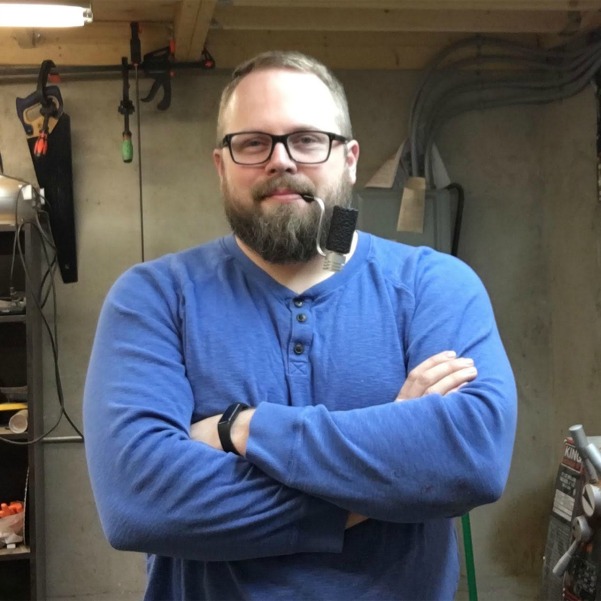 A scroll through his Instagram feed provides plenty of evidence of both. Pictures of his son, Peter, trade places with cigars, tobacco pipes and his latest tinkerings. It’s a glimpse at a life well-lived that can’t help but make you stop and smile.

If necessity is the mother of invention, then Wiebe's Radiator Pipes are her offspring. The story of how they came to be is interlaced with the story of a father’s love for his son, an engineer’s need to create, and an emerging young pipe culture ready to discover something new.

Wiebe talks fast, but with the practiced simplicity of someone who’s spent a lot of time explaining his work. It’s a combination that makes you wish he was around to help you make your mousetrap car back in high school. One of his many talents seems to be his ability to make something challenging as simple as possible.

What follows are my notes, scrawled frantically, as Wiebe took me on a fast-paced trip through his journey to becoming one of the tobacco pipe world’s newest innovators.

Hekthor: For me a passion for cigars came first, but those were pretty expensive. When my wife was pregnant with our son money became a little tighter and I started looking for an alternative. With pipes, once you have your pipes it’s much more economical.

My first pipe was a corn cob from a local brick & mortar. After that I got a Savinelli. I liked the Savinelli, but I have always been into woodworking and figured I could make my own for way less than I could buy one. 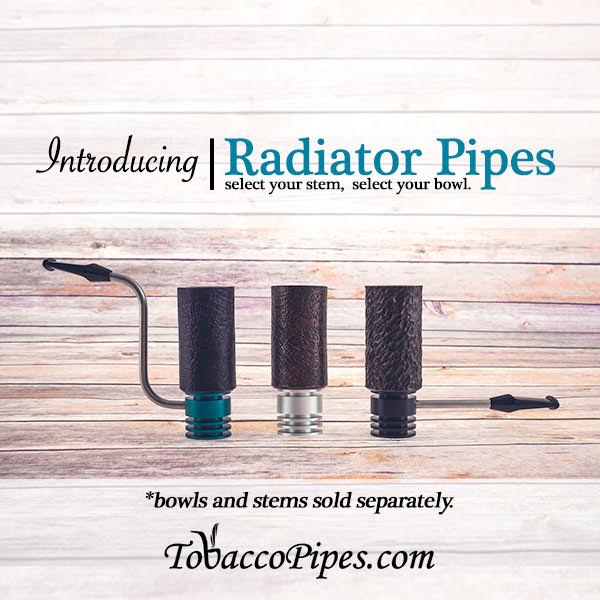 Renia: Once you decided to make your own, how did you get started?

Hekthor: It was a learning process for sure, but not as steep a curve as someone starting from nothing. My grandfather owned a furniture shop and I’ve always been around woodworking of some sort. In fact, I work in a cabinet shop now (I’m not the one making the cabinets). Working with wood just comes naturally to me. I spent a great deal of time researching pipes online through communities, databases and videos -- well before ever setting my first block of wood to a sanding wheel.

I started making pipes almost as soon as I started smoking them. It made sense for me. The first pipes I made were out of basic local woods. I was afraid to spend the money on briar at first. I began with only a drill press and angle grinder C-clamped to my workbench. Slowly, as time went by, I built up my tools and my shop. I started ordering briar and began selling to other collectors through online smokers forums.

Renia: Radiator Pipes are a departure from the traditional style of pipe making, especially what most artisans in North America are doing. How did you come up with the idea? Tell me about the process.

Hekthor: I had the idea percolating for a long time before I really got serious about executing it. My father has always been a metal fabricator and machinist. I spent a lot of time in his shop growing up in South America, so my tinkering generally includes multiple mediums. Bringing the radiator pipes to market was actually born of necessity. The concept was probably a throwback to old-school systems like Falcon Pipes.

I had plenty of small pieces of briar laying around. They weren’t big enough for whole pipes, but I knew I could use them for my pipe bowls. Scrap aluminum was around too, because I was working on a prototype for a cigar tool.

The first radiator pipe didn’t even have a mouthpiece on it, but it still smoked cool.

People who follow me on Instagram and a few other places were supportive of my pipe making and I had a decent thing going. It didn’t leave a lot of time to work on my prototype. All that changed when we found out my son, Peter, needed a heart transplant. We had to travel to Edmonton while he awaited the transplant, and all the tools I accumulated were not going to fit in a hotel room. My wife had to stay home for work much of the time, so that left me far from home with lots of stress, plenty of free time while my son slept, and in need of something to take my mind off of things.

I taught myself AutoCAD so that I could design the pieces for manufacturing. I’d made friends with fellow pipe makers, Cody Perkins and Ian Barnes, in Edmonton and Cody let me work in his shop. Cody has a strong machining background. He was able to help me get a prototype of the base piece manufactured locally. The bowls and mouthpieces I made in Cody’s shop.

About a month after the first pieces were finished Peter got his heart transplant and we were able to head back home. Once I was back in Winnipeg, I had to set up my shop all over again, as we had sold our house and moved into a smaller one while I was in Edmonton. I had to gear up fast to make the pieces of the pipe and find a manufacturer for the bases. It was a process and I learned a lot. These days manufacturing of the Radiator bases, bowls, and mouthpieces are outsourced, but I still make every stem myself and assemble the pipes one-by-one.

Renia: That’s an incredible accomplishment, while you’re under so much stress.

Your story makes me wonder, although we call you an “artisan” pipe maker, do you consider yourself more of an artist or more of an engineer?

Hekthor: 100% I think of myself as an engineer. Okay, maybe not 100%. I still like things to look good, but artistic value is a far second to utility. I am a tinkerer. Figuring out how to make things work is what motivates me. You can see that tendency in my pipe making, even before the Radiator.

People in the pipe community spend a fair bit of time arguing about the aesthetics of different pipe shapes -- you know, that one’s a millimeter too long in the shank to be a Lovat, stuff like that -- so I just stopped giving my pipes shape names all together. Instead, they just got numbered. Now instead of arguing whether a pipe is a Bulldog or a Rhodesian, it’s just 57 or 159. It was more efficient and avoided the needless drama that plagues our beloved pipe community.

Smoking well is the most important thing when I make a pipe. 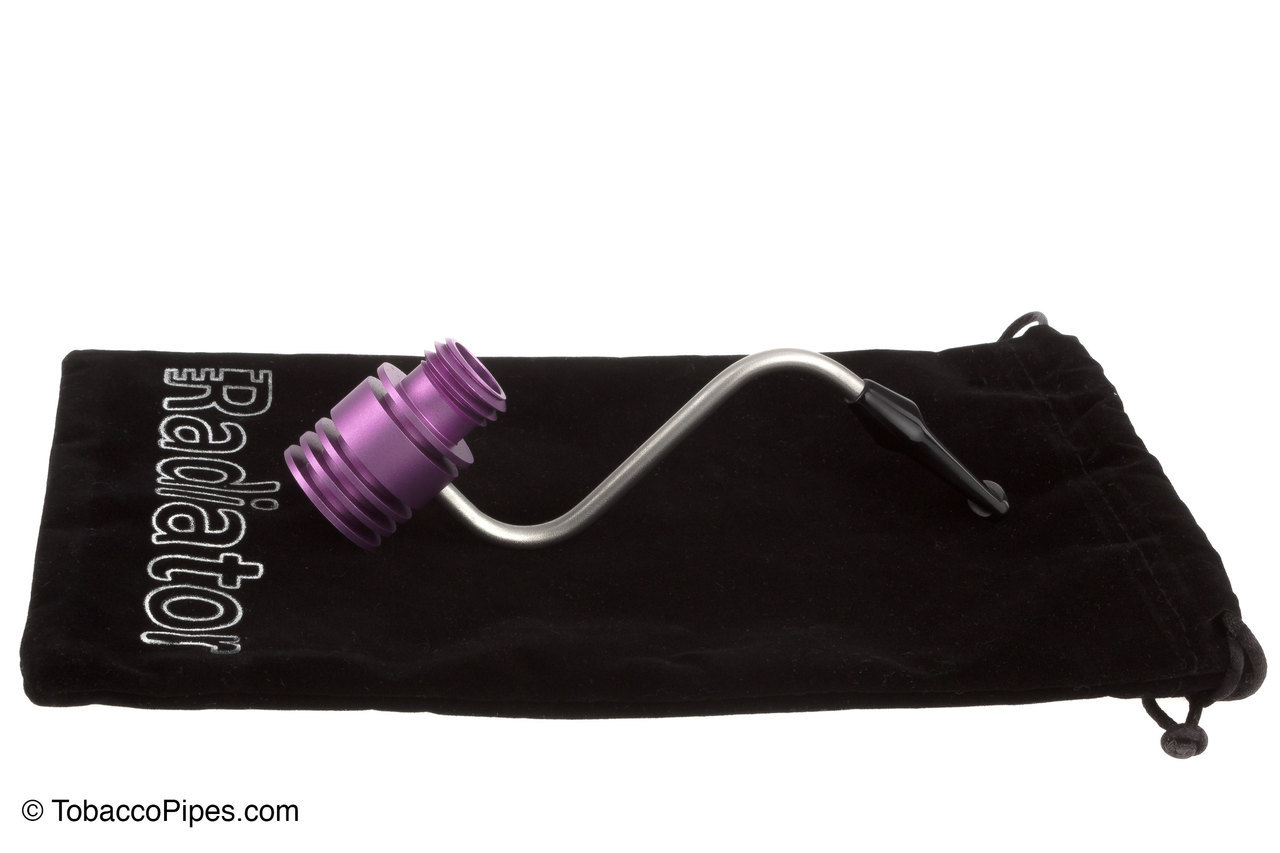 Renia: So as an engineering-minded pipe maker, what do you think makes a good pipe?

Hekthor: Well, I think there are two schools of thought here. And I think they are both valid.

Some people collect tobacco pipes just for aesthetic appeal. They may not ever smoke them. What makes that type of collector happy might be very different from what a daily smoker would want.

The second school, those primarily concerned with how smokeable the pipe is, comes down to mechanics and it’s what I care about most. However, I don’t have strong opinions about which system is the best. What I have strong opinions about are the commitments to understanding. I want to see a pipe maker doing his due diligence about the mechanics of the thing he’s making.

If a new pipe maker takes time to learn the mechanics -- to understand what makes the airflow most efficient -- then he or she is going to do a good job. However, most of us are visual people. We want things to look good first. If a new pipe maker will take the time to understand the mechanics of a pipe first, he’ll be happier in the long run. There’s nothing better for your business than gaining a reputation for a great smoking pipe.

The ability to appease those two schools simultaneously is what makes a pipemaker stand out. It is a relentless goal that we all chase but, as in golf, only a few are ever skilled enough to make a living at it.

Renia: That makes a lot of sense. Do you have a favorite pipe that you’ve made or one you particularly value in your collection?

Hekthor: This may shock many people out there, but my favorite pipe to smoke is still my original corn cob. It’s low-maintenance and fits in perfectly with the tools strewn around my workbench.

One of my favorite makers is Jeff Gracik. His gorgeous designs and YouTube videos were a big part of my inspiration to make handmade pipes. Last year I met him in Las Vegas at the West Coast Pipe Show and was honored to be able to shake his hand and tell him what an inspiration he’d been to me. He still travels all over the world to improve his craft. For someone who is already at a level that few makers will ever reach, that’s really impressive. 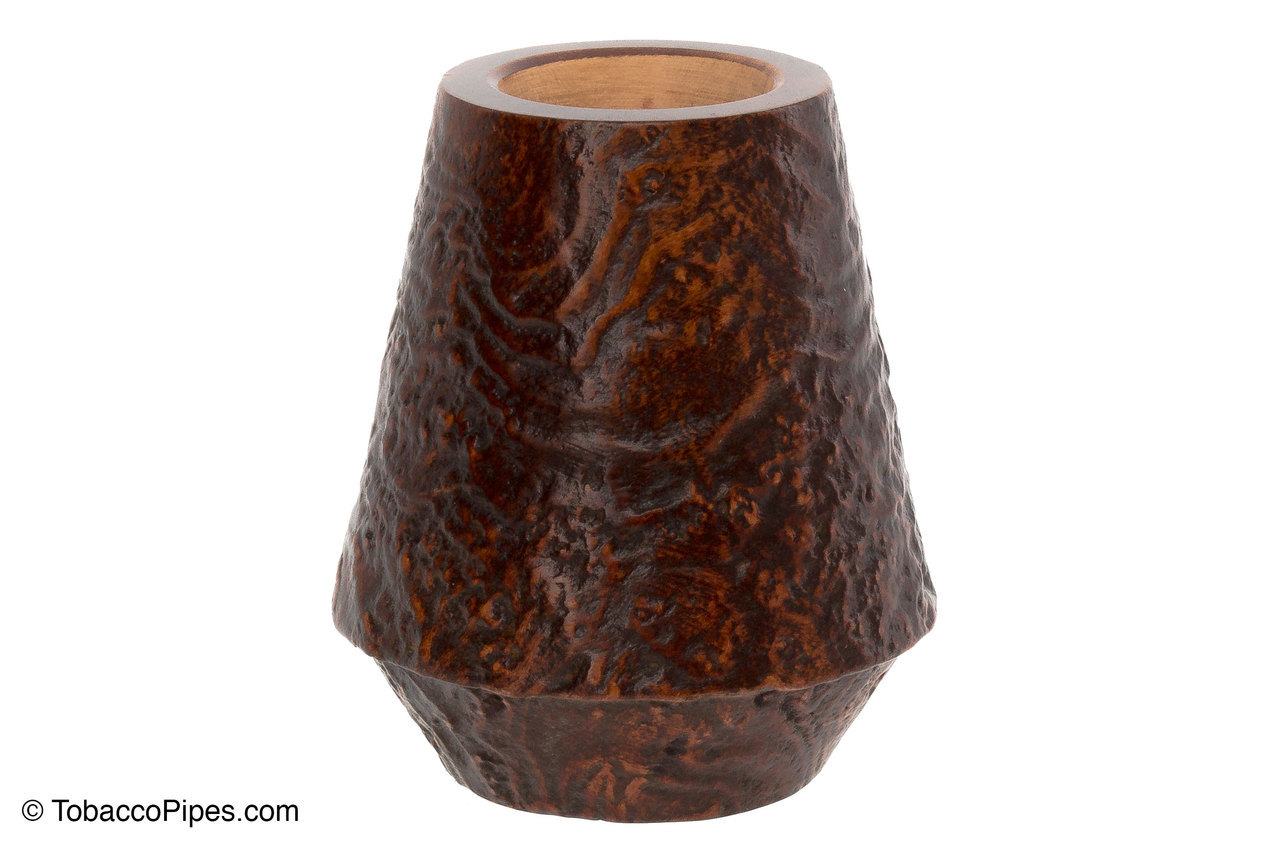 Renia: Are there any other artists or pipe makers that influence your work?

Hekthor: Grant Batson. His ability to take a raw briar block, without a single mark on it, and make a beautiful pipe is pretty inspiring. My brain finds that process so mysterious. It’s difficult to understand how he can turn nothing into something without a concrete plan. I find that fascinating.

Renia: It sounds like you are a planner, not a pantser then? Tell me about your process. Where is your workshop and what rituals do you have while you work?

Hekthor: My phone is probably the beginning of my process. It never leaves my side. I am constantly taking snapshots of things that inspire me, things I need to do, or interesting things. Then, those photographs serve as my artist’s notebook and to do list. My memory’s pretty short and those photos help me remember things. People think it’s nuts that I have around 5,000 photos on my phone, but it works for me.

My workshop is set up in my garage. I spent lots of time putting it together and spend a lot of time in it. When I’m making a pipe, I will sketch it out on tracing paper first. I use AutoCAD now too. I need to know the details before I get to work. Beyond my constant screenshots and photographs, I don’t really have any regular rituals. Most of what I’ve made all comes back to my love of tinkering.

Renia: I love that idea for a visual notebook! What do you want your customers to know about your work that maybe you don’t always get the chance to tell them?

I think sometimes we makers take ourselves too seriously. But we’re not really anything special, not any more so than one of our customers or the guy we pass on the street. I’m just a normal guy that happens to make pipes. #hustlehardstayhumble

I have a difficult time thinking of Hekthor as “just a normal guy”. But he is accessible and easy to talk to. It was a pleasure to interview him and we are honored to carry his Radiator Pipes at TobaccoPipes.com.

Please take a moment to leave a comment and welcome Hekthor Wiebe. Then, join us on April 12, 2016 for a Google Hangout with Wiebe. RSVP for the hangout here.