The key region for tobacco growing in the Dominican Republic is the lush Cibao Valley, which many experts feel has only one rival: Cuba’s Vuelta Abajo region. Named for a river that flows through its center, the Cibao Valley is bordered by mountain ranges that help to provide an ideal setting for growing premium tobacco.

The soil is rich, deep and bountiful, and the air is cooled by afternoon breezes. Throughout the Dominican Republic, master blenders find a dizzying array of tobacco that ultimately blend together to comprise a premium cigar.

Ernesto Perez-Carrillo has roots that run deep throughout the Dominican Republic. When orders for his former brand, La Gloria Cubana, skyrocketed in the 1990’s, Ernesto could not meet demand with his small factory in Calle Ocho. 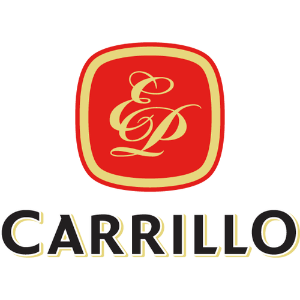 At one point, La Gloria Cubana’s Torpedo (rated a 93 by Cigar Aficionado in 1993) was in backorder for 12 months, and the need for a larger factory was obvious. He selected a site in Santiago, Dominican Republic to be his second factory.

When time came to choose a location for the E.P. Carrillo factory, Ernesto knew exactly where it needed to be located. In April 2009, he signed a lease on a 40,000 square foot, stand-alone building in Santiago’s Zona Franca, and immediately began the construction of his dream factory, which he named Tabacalera La Alianza.

Here is where the tobacco is fermented, aged, hand-made, and packaged under the supervision of Ernesto. Spread across 12 rolling tables, experienced cigar-rollers are in essence re-learning their craft as they are trained to roll cigars the “Cuban way” – the cigars are beautifully finished with a triple-cap method.

Ernesto Perez-Carrillo’s achievements have been driven largely by an insatiable desire to understand the intricacies of tobaccos from all over the world. “Each tobacco has its own character. You have to treat each tobacco differently and understand how they work together,” he says.

Nicaragua’s reputation is the result of the remarkable climate and soil of the three main tobacco growing areas in the country – Esteli, Condega, and Jalapa. Each plays an integral role in the formation of Ernesto’s unique blends.

Not far from the Honduran border, the towns of Esteli and Condega are home to the majority of cigar production in the country. Surrounded by some of the most fertile land in Central America, these towns boast lush fields of Cuban-seed tobacco. Esteli’s black soil produces a heavy, full-flavored dark leaf that is rich with full aromas, body and flavor. Condega’s tobacco is typically sun-grown and used primarily for filler and binders.

Northeast of Esteli and Condega lies the Jalapa Valley, whose remoteness is mitigated by the extraordinary tobacco it produces. The naturally-occurring minerals in the soil give the tobacco here an earthy-sweet flavor.

In the wake of the U.S. trade embargo with Cuba in the 1960’s, the cigar industry scrambled to find wrapper alternatives to Cuban tobacco. For the Perez-Carrillo family, that search ended in Ecuador.

Home to more than 30 active volcanoes, Ecuador’s ashy eruptions may not bode well for tourism, but they do benefit the tobacco trade. The volcanic ash helps create an intensely fertile soil, ripe for growing a premium tobacco leaf.

Ecuador’s constant cloud cover has led many to call the country’s tobacco “cloud grown” as opposed to “shade grown.” This natural protection from the sun is what creates a thin but firm tobacco leaf that is flavorful, natural in color and smooth to the eyes and touch.