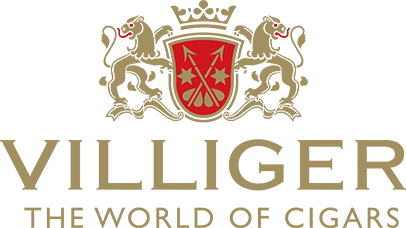 Villiger Cigars is a family business that has been making tobacco products in Switzerland since 1888. Villiger Dry Cured Cigars is their most famous brand, and it's the only cigar that they produce. Villiger Cigars are made from 100% tobacco leaves cured with natural heat and humidity, which dries them out completely without adding any artificial flavors or preservatives. The result is a smooth and earthy tasting smoke that’s unlike any other cigar you have probably tried before. This article delves into everything you need to know about Villiger Dry Cured Cigars including its history, cost, where to buy them, and of course their taste profile, so keep reading!

What is a Dry Cured Cigar?

Dry cured cigars are a type of European cigar that have been dried out completely using only natural heat and humidity. The resulting smoke is much smoother than a cigar that is traditionally made, and they don't need to be stored in humidified cigar boxes. This makes them an excellent choice for traveling or outdoor activities where a traditional cigar would get ruined. Dry cured cigars are often referred to as “European style” or “Spanish style” cigars. In many parts of Europe, these are the type of cigars you will find at the tobacco shop. They are very different from the cigars that are typically sold in the United States, which are made in the “Havana style.”

How are Villiger Dry Cured Cigars Made?

Villiger Cigars are made from 100% tobacco leaves that are grown in the Swiss canton of St. Gallen. After the leaves are harvested, they are dried out completely in a traditional curing process that involves only heat and humidity. This process takes about two weeks, but the result is a smooth and earthy tasting smoke that is unlike any other cigar on the market. The leaves are removed from the drying racks and are hand rolled into long leaves that are pressed into large bales. The bales are then transported to Villiger’s factory where they are cut and rolled into cigars. After being rolled, the cigars are kept in large barrels for several months, where they are regularly turned and rotated to ensure even aging.

The Villiger Cigar Company was founded in 1888 by Josef Villiger, a Swiss farmer who grew tobacco leaves and cured them himself. The first Villiger Cigars were called Natural American Cigars, but they were soon renamed Dry Cured Cigars. Villiger’s Natural American Cigars became especially popular after World War II when American soldiers discovered them while stationed in Europe. Some of the soldiers even brought seeds back to America so that the Natural American Cigar could be cultivated in the USA as well. Villiger’s Dry Cured Cigars remained immensely popular in Europe, but they remained a mostly unknown brand in the United States until the late 1990s.

The Taste of a Dry Cured Cigar

You can order them online from TobaccoPipes.com. If you are interested in trying one, we recommend buying a Robusto or Corona.

Dry cured cigars are a unique and delicious European tradition that is often overlooked by cigar lovers in the United States. We hope that this article has inspired you to try a Dry Cured Cigar and that you’ve learned about its history and taste profile. If you’ve tried this unique cigar, we would love to hear from you in the comments section below!