You may be familiar with Briarville for their pipe repair services, or perhaps their fantastic tobacco pipe cleaning solutions. Well this company that has for the past decade been a staple of the hobby is now expanding into another realm for those who appreciate tobacco in its finer forms.

TobaccoPipes.com is honored to be the exclusive carriers of a new craft line of premium cigars from our friends at Briarville. As you can see from the fantastic wrapper designs, the artistry of these cigars is one of a kind, but we assure you, there's more to Briarville Cigars that just looks.

“While crafted to be aesthetically pleasing to the eye, these cigars are also quality sticks that will satisfy even the most discerning smoker,” says Briarville owner Rich Messineo.

In the early 2010s, the late Joe Case was getting traction for his wonderful pipe making through the thriving YouTube Pipe Community. Seeking to engage further reaches of the industry, Case would collaborate with his brother-in-law and fellow pipe enthusiast Ric Farrah to expand Joe Case Pipes, adding a pipe repair service. Through this cross promotional venture, Farrah founded Briarville Tobacco Pipe Repair and Restoration in 2012.

Pipe repair remains the core of the Briarville operation, but there have been some expansions through the years. Rich Messineo, who began with Briarville in 2016, would buy the company in 2019 as Farrah was retiring. Messineo was Briarville’s lead technician prior to heading the company. As a retired pharmacist, he employed his chemistry background into developing solutions for pipe cleaning, such as the Briarville No Oxy Stem Oil, Stem Oxidation Remover, and Pipe Cleaner and Sweetener.

Messineo is now calling upon another part of his professional background to expand the Briarville catalog.

“I have owned and operated several cigar shops from 1996 until 2010,” says Messineo. “Being a connoisseur of fine cigars, when I took over Briarville Tobacco Pipe Repair, I knew I wanted to carry a 'Craft' line of cigars.” 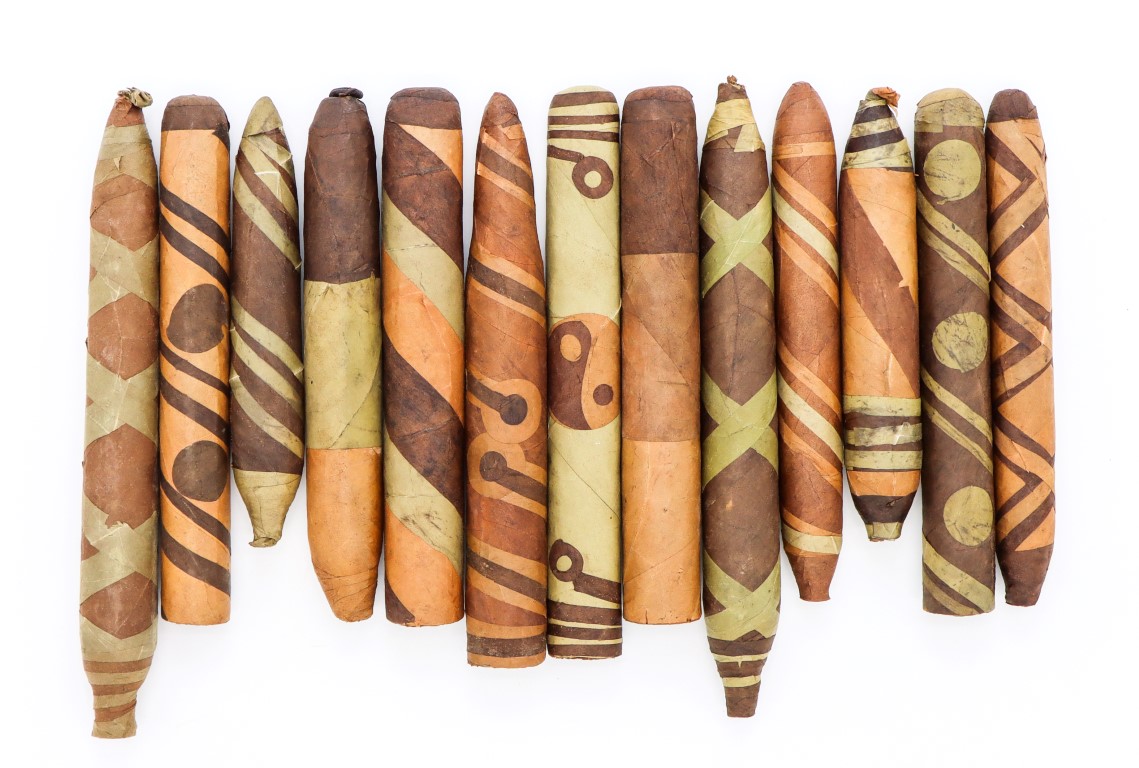 There’s a hesitancy to lighting a Briarville Cigar—you almost feel bad burning up such works of art. But once you do, that unease is quickly usurped by the pleasure of an incredible smoking experience. As Messineo says, he sought to create “something that would stand out, but also a very tasty and smooth stick.”

Messineo also set out to make cigars that reflected his own broad taste—profiles to satiate the palates of a diverse range of cigar lovers.

“I love all kinds of cigars, from mellow to full flavor. My 'Craft' line, I wanted to incorporate all those attributes.”

Any one Briarville cigar will feature an assortment of leaf, artistically wrapped around Nicaraguan binder for a stunning design and blend of exquisite flavors.

“I have a company in Nicaragua hand rolling these beautiful sticks with fine tobacco from different combinations of cured leaves and wrappers depending on the pattern: Maduro, Candela, Connecticut, Seco Estelí, Viso Jalapa, Seco Ometepe.”

Briarville Cigars are available now through TobaccoPipes.com. Treat yourself to a superior smoke, delivered to you by artisanal craft and passion.