So in the last Tobacco File, I wrote that I would be changing the main column from biweekly to monthly, and would write short, bonus blogs highlighting a single blend—likely something new or special in some way—when opportunity presents. Well, here is the first such installment, as I’ve spent the last few weeks getting familiar with Give Me Liberty, the most recent offering from Seattle Pipe Club.

It must be acknowledged, this will be the first blend released from the notorious brand following the unfortunate passing of master blender Joe Lankford. Whether there are any more of his works in the queue, I’m not sure, but it’s always a pleasure to explore a Lankford creation, and I’ll be savoring the occasion all the more with this release. So before we get started, let me just extend a thank you to Mr. Lankford for all his wonderful contributions to the pipe world.

Seattle Pipe Club Give Me Liberty 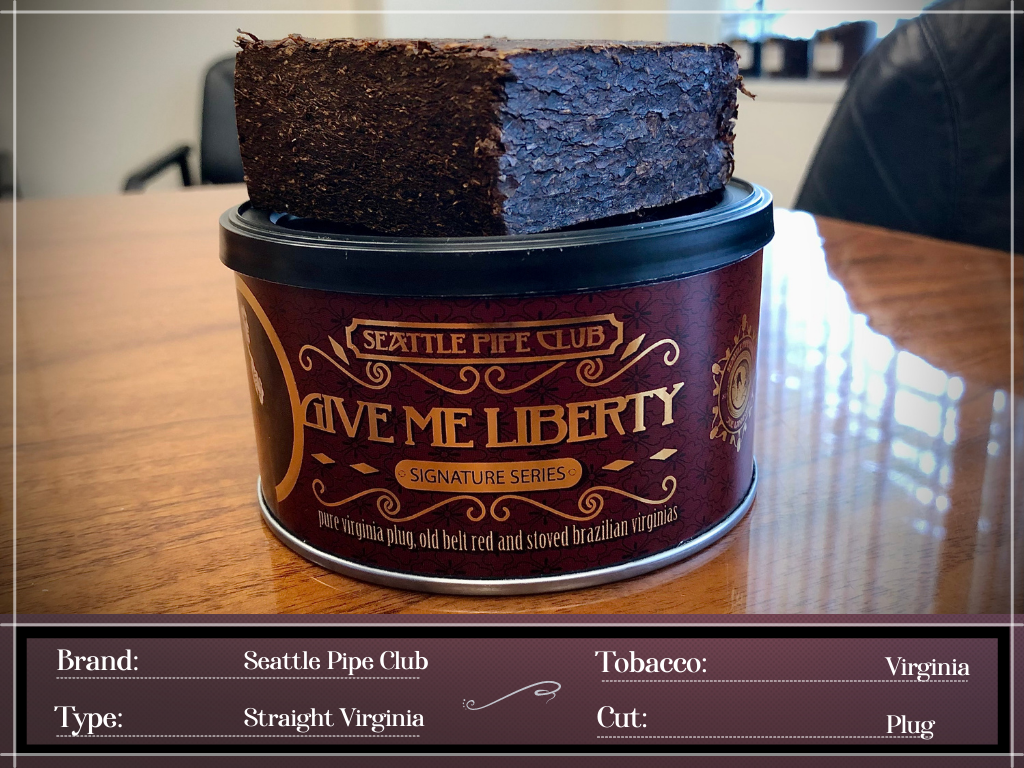 So here we have a straight Virginia pressed into a large, 4oz plug. This is the second straight Virginia to grace the Seattle Pipe Club line-up, the other being the latest release, Hogshead, which I wrote about in a column back in June. Also being a straight Virginia plug, the announcement of Give Me Liberty seemed to stir some questions as to how the two differ, so I’m coming to this blend with an interest in navigating that contrast.

I pop the tin to find the large, pristine brick. As with other Sutliff Tobacco manufactured plugs (such as Hogshead) it’s densely pressed but still easy enough to pull a piece from and crumble. It’s a bit moist and could use some time to air out.

Likely brought to relative uniformity during pressing, the rubbed-out ribbons display a narrow spectrum of medium to dark brown with a reddish hue—the “mahogany” in the description is quite appropriate. 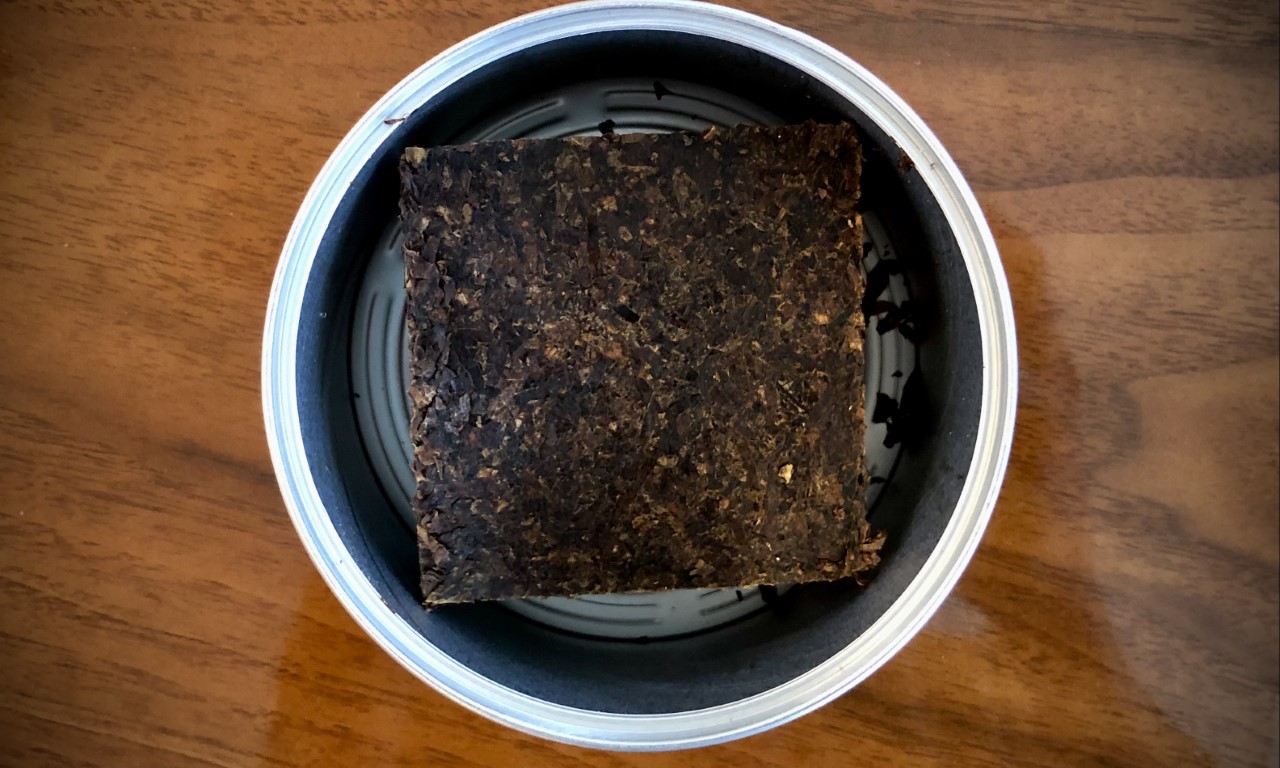 The tin note emits that vinegar note associated with some Sutliff red Virginias—515 RC-1 or Chris Morgan Bayou Buck for example. There’s an earthy scent beneath. This is the first indication of how Give Me Liberty and Hogshead differ, the vinegar absent from the latter. Though, they seem to share in those fermented, herbal, vegetative notes that I find so appealing of dark, pressed reds.

I expect a somewhat uncomplex blend with depth given the ingredients, so I’m going to give it a go in my Longchamp straight—a great smoker with a chamber on the narrow side.

The first thing I notice is that red Virginia tang with some herbal and citrus notes rising as the initial profile starts to unravel. There is certainly that vinegar quality that came through in the tin note, but with far less dominion over the blend than in, say, 515 RC-1 (which isn't to knock 515, I love that stuff. Here, it is more condimental.)

Initially, I may have had too smoldering a burn—upon my first relight I made sure to get it going a bit before easing into a light cadence, and it really opened things up. Rich, zesty flavors; a woodiness I hadn’t noticed; and the lilt of a nectary sweetness. 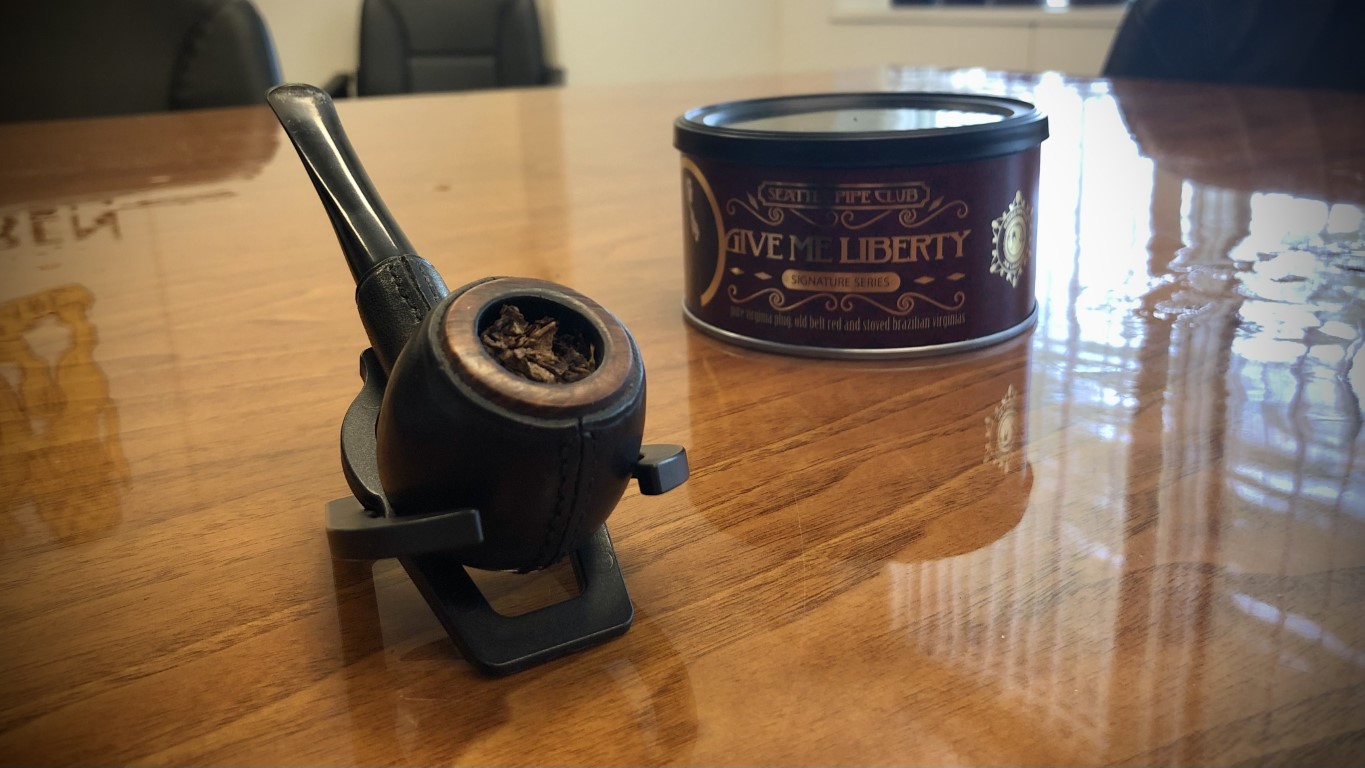 There’s a nice amount of spice as well, nothing conjuring the sinus sensations of a hearty VaPer, but just enough for intrigue.

Some attributes more on the bright Virginia spectrum are noticeable—that citrus and a grassy note I’m picking up on—adding some depth and dynamic.

I think with the next smoke I’ll give a little more drying time, but I’m enjoying Give Me Liberty very much so far.

In continuing to smoke Give Me Liberty, I actually find I quite like it in a good medium to wide chamber. Even though it’s not complex in kitchen sink blend sort of way, the dynamics between the sweet and earth side of the profile seem to really step into the light. I also notice more of that dark Virginia breadiness and plummy fruit in a way I apparently didn’t much pick up on in that first bowl.

My Molina Tromba 102 has been a great companion to Give Me Liberty. Rich and engages broadly with the palate.

How that vinegar-like casing is applied here has grown on me a lot. I'm not blender but I feel it's not the easiest to balance in a blend, the acidic quality can really cut through a profile, or so it seems to me. But here it is very nicely applied as an accent that brings something to the profile without distracting—possibly mellowed by stoved Virginias.

I enjoyed an especially blissful bowl of Give Me Liberty over the weekend, one of those great smokes that rises from an alignment of pipe, blend, environment, mood, etc. I sat with some friends at Libby Hill park here in Richmond—a mild, sunny, breezy Saturday—overlooking the historic Tobacco Row hugging the James River. On my way to the park, I had to make a quick stop. 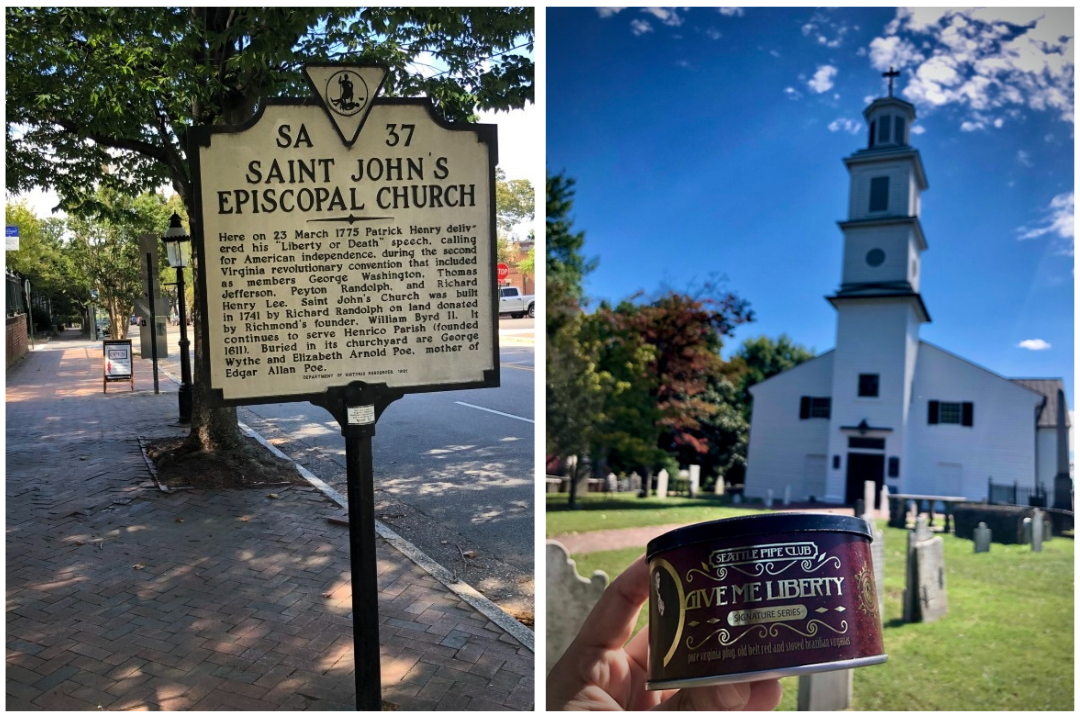 Only a few blocks west stands none other than Saint John’s Episcopal Church, the very venue where Patrick Henry gave the famous ultimatum that is the namesake of this blend.

To sum it up, Give Me Liberty is rich, consistent, not especially complex but far from one dimensional. And it certainly scratches a different itch than Hogshead. Give Me Liberty is more emphatic, leaning into a tangy, sweet, richness—where Hogshead wades more about the mellow, muted sweetness, and fermented qualities of a nice dark Virginia. Both meaning to fulfill their own niche, which I believe they do well. And I'm excited to see how both of these Seattle Pipe Club Virginias will perform with some age on them.

I'll be posting a regular column at the end of the month talking about two tobacco pipe blends I’ve been smoking through September and a featured Premium Cigar, and there are certainly some more bonus blogs queued up for more great new releases.